A chat with Danny from Laish, Willkommen Collective & Sons of Noel and Adrian

How's the music scene in today and how did LAISH come into existence?

It is very strong. It is the reason I live in this little seaside town. Bands always come here on a tour so we get a lot of inspirational musicians passing through each day. The local scene is very cluttered with so many music venues in such a small area and so many great musicians working in different genres.

I was lucky enough to meet the folks from Sons of Noel and when I first arrived in town and ended up becoming their drummer. I formed the LAISH band as a musical outlet for my own song writing and spent a couple of years making all the mistakes and learning about home recording and mixing and how to play and write with other people.

Sons was very helpful for this, especially because it is the most unlikely of bands. There was a time when we had 12 members and yet somehow it still worked. It made sorting my band out seem easy, although I never really think any of it is easy.

Described as "indie folk heroes from " how would you describe your sound for people yet to hear your songs?

We started this thing called the Willkommen Collective which was a way of carving out our own identity. Somehow connected, feeding from the same musical well and yet a lot of contrasting personalities and musical styles. It certainly helped to create some intrigue in our own little scene. I am very impressed by all the musicians who have counted themselves as part of the collective and I think it's fair to say that we are all friends however loosely you might define that.

New Album out now on Bandcamp (it's pre-order at the moment) and on 25th March physically, any stories around the songs that you would like to share?

The album is called Obituaries. This is quite a heavy word; loaded with meaning and yet it is open to possibilities. Obituaries themselves tend to be short; listing the achievements and headlines of a person's life. How would yours read? I'm sure as a child I imagined myself growing up to do something vaguely important or useful, but there comes that realisation. What would that thing be? Of all the things to do with one's life, music is the ultimate in pissing in the wind. And now recorded music is digital if we needed further proof of its intangibility.

With that in mind, the album was mostly written following a painful breakup. It is an account of the breakdown of that relationship and the possibility of redemption. Classic songs of sex and death. 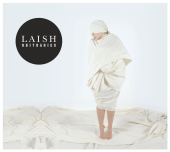 'The album was recorded at your home, and ‘comprises entirely of real instruments’ goes the quote. So what did the neighbours say?

We used to record and rehearse every week in my little home studio. I have never gotten around to properly soundproofing it. My neighbours have a small car workshop so they make more noise than we do most of the time but there came a point where we had to move out and find a proper rehearsal space. You can't enjoy Time Team on the telly when LAISH are playing Warm the Wind for the fifth time in a row. You just can't.

And were there any new instruments used on this record?

Well the band is made up of entirely different personnel since the first album. Nothing drastic happened, everyone in the original line up kind of drifted into other things. But the most noticeable difference between the first and second album to the casual listener would be the introduction of Emma's clarinet. What an amazing instrument. Underrated. Emma and Martha make a very robust arrangement team and it is exciting to watch them work out their parts in their secret language.

Who designed the album cover?

The model in that photo is my girlfriend who at the time of the photoshoot was my ex-girlfriend. She was in doing some life-modelling and arty shots. The photographer was Chris Van Houts and he was taking the photos for the artist, Amos Van Gelder. It is an eery shot. A stillness to it but because she is on tiptoes it captures something strangely moving. James Ockelford from Refold Design put the artwork together. Very nicely he did it too.

You are an active band on ‘bandcamp’, what do you like about this method of distributing your music?

I have to say I love it. Finally somewhere elegant and respectable to sell our music with the smallest overheads and simplest processes. I suppose because we are an independent band in the truest sense, this kind of website was made for us. It is second only to selling CDs at gigs, which is the most direct form of connection.

Any advice for those artists and bands just starting out today, in the ?

I think you can only really be a new band nowadays if you just really love the creative process of every element of being in a band. Writing songs, music production, playing gigs, website design, photoshop, booking shows, admin, publicity, twitter. Unless you are very lucky the chances are you have to engage with all of this. If you can't bear to, then it isn't for you. You can't ignore any of it. You have to embrace every angle, and each aspect throws up creative decisions and your inventiveness grows. But ultimately it's not about all that, you still have to be able to stand there and deliver it in the flesh and put on a good show. Don't forget that bit.

What albums still stick with you today, that where constant companions during your school or college days?

Mogwai's Young Team kind of changed everything for me. Pushed me from grunge and Brit pop into a world of endless noise, post-rock, experimentalism and drone music.  Aerial M, Jim O'Rourke's Bad Timing and , everything by Tortoise and Godspeed You Black Emperor and all the weird bands on the Constellation and Kranky Records at that time. I was adrift in this mostly wordless and atmospheric realm before I later discovered Smog, Bonnie Prince Billy and more of what we call folk. Songs, voices and arrangements began to mean something again. And that's what struck the loudest chord for me.

Is there any downtime from music and if so, how do you spend it?

I love to travel to far flung places and wander about but mostly that urge is catered for by touring with my bands.  I don't have much spare time really.  I manage most aspects of LAISH, play regularly with them and Sons of Noel and Adrian, put on shows, present a radio show for Simple Folk and somehow hold down a day job and a Mrs. This is my spare time. Writing this is in my spare time. I have no spare time. I'm not complaining by the way. 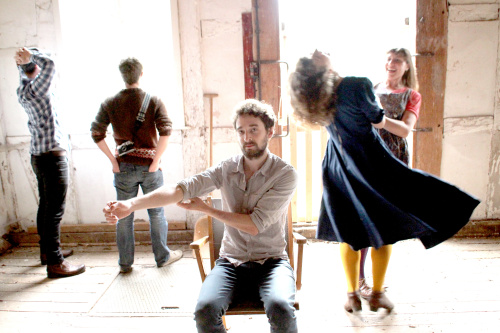