It’s been a bit of a lean year music wise for one reason or another but I do have a list of top ten gigs:

1. Arcade Fire (Koko) - the opening night of Koko, one of my favourite venues, after several years to a band of this stature playing their new album plus past hits…what is not to like! Perhaps one of my top 5 gigs in the last few years. You could still smell the fresh paint from both the venue and the album cover :-)

2. Kings of Leon (London O2) - last time I saw them was in Hyde Park and it felt like they were going through this motions. However, on this occasion they made the O2 feel like a small venue and as if they were back at home. A truly phenomenal set from start to finish and felt like they were back on form. Oh, we also had the best trip back from the O2 on the Thames Clipper (now Uber)…sailing down the Thames with a beer in hand, having had a superb gig and watching London by night…. Perfect

3. Viagra Boys (Kentish Town Forum) - what a performance and what a sweaty evening. The lead describes himself as a tattoo artist and a part time singer…I think he undersells himself. Key standout was a 15min finale of Shrimp Shack. Can’t wait to see them in Brixton next year

4. Placebo (Islington Assembly Hall) - again, very tiny venue for a big band but it worked. Playing their new album for the first time and some clear standouts on there for future gigs. Great sound and added bonus of no bloody phones allowed :-)

6. Deja Vegas (Lexington) - last band I saw pre-pandemic so a little nostalgic for me (in a good way). They have amazing energy and just love them live.

7. Idles (Brixton) - you know its going to be a mental night when, after the 2nd song, the singer divides the crowd down the middle and then tells everyone to go “fucking mental into each other”. A band I’ll never tire of live.

8. Big Joanie (Rough Trade) - I didn’t know anything about this band but read good things so went on a whim. Lovely evening and looking forward to seeing them on tour in 2023.

9. Skids (229) - Richard Jobson singing and telling stories and great anecdotes from his life. One of those unexpected but lovely evenings in an intimate setting.

10. Spectre Live (Albert Hall) - ok, this is a bit of a stretch to describe as a “gig” but it was live music in the sense it was a full Orchestra playing with the film spanning the whole stage behind. If you have not seen a film in this format then I can 100% recommend it - the hard part is deciding what to watch: the Orchestra or the film! 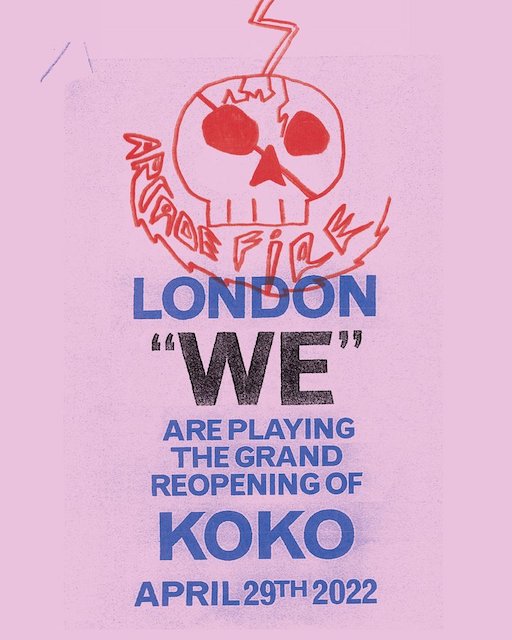