Here are my top ten albums of the year:

Really clever and intriguing pop with an obtuse take on tunes and melody. Love this album, even when they decide to go full Talking Heads to expand their fan base.

One of my heroes. Always loved his economy and pure rock n Roll sensibility, when he left us last year there was always hope for another record. This album was something he did almost, ‘in reserve’, just in case. I’m glad he did as it has all of the reasons, I love his music. Belligerent and full of those riffs, loops and beats that stay with you forever. Dream baby Dream.

Manchester album of the year: Cold Water Swimmers – Holiday at the Secret Lake (DIY or Die)

I have known Chris Bridgett (Vocals and guitar) for years and he has been in a number of great bands over the years, but this really stands out to me as his best work. It has a striking simplicity that falls somewhere between The Velvets, The Fall and Television, but also has a blindingly essential topicality which by its selection of themes and ideas make it a truly fabulous record for 2021.

I love Mark Lanigan’s work, and this is more of his superb vocal dexterity put to great use in this collaboration with Joe Cardamone (formerly of The Icarus Line). The backing tracks have a more atonal feel to what he is used to but allows for the timbre of his voice to be the main attraction here. Fabulous.

Under the radar but brilliant: Michael J. Sheehy – The Crooked Carty Sings...

After the triumph of his 2020 album Distance is the soul of Beauty, he put together this album which he calls, ‘a collection of bastardised folk songs, murder ballads, traveller tunes and sea songs.’ It is a mesmerising journey through the back catalogue of his consciousness with a poet’s ear for a turn of phrase and reworked melody.

I absolutely rate this Album despite it’s messages of misanthropy and despair verging on bad taste. The sheer driving force and intensity are enough for me to have had it on my repeat playlist since it was released in January. They remind me of The Leather Nun a band we toured with in the 80s, equally provocative and with a similar groove.

If Country music was like this, I’d be a fan: Night Beats: Outlaw R&B (Fuzz Club)

One of those albums you stumble over, and which grabs you with its strikingly straightforward strum and message. The easy approach hides some complex themes and exciting ideas.

Party album of the year. The Courettes: Back in Mono (Damaged Goods)

While a homage to classic 60s garage, this record is just so much fun. The kind of band you’d want to play at your party as you just know that everyone would like them. With a cool and sometimes jagged R&B groove they have created an authentic sound that finger snaps with style.

Soundtrack album of the year:  Mogwai – As the love continues. (Rock Action)

The kind of album that fills a room with aural textures and ideas, moods, and inspiration. If nowadays they find themselves making music for film, then they have found their forte and, in this album, there is a telling mastery of all the art required to bend time and space to thrill an addicted listener like myself. “Now entertain conjecture of a time when creeping murmur and the pouring dark, fills the wide vessel of the universe.” Henry V. W Shakespeare

A sublime presentation of poetry, prose, and passionate sentiment. Cave has meandered of late creating soundscapes of melancholy and lyrical musings of which are sometimes too private to share. With Carnage there is a sense that he and Ellis have a collaboration fused in the kind of sonic understanding that energises rather than drains the soul. Astonishing. 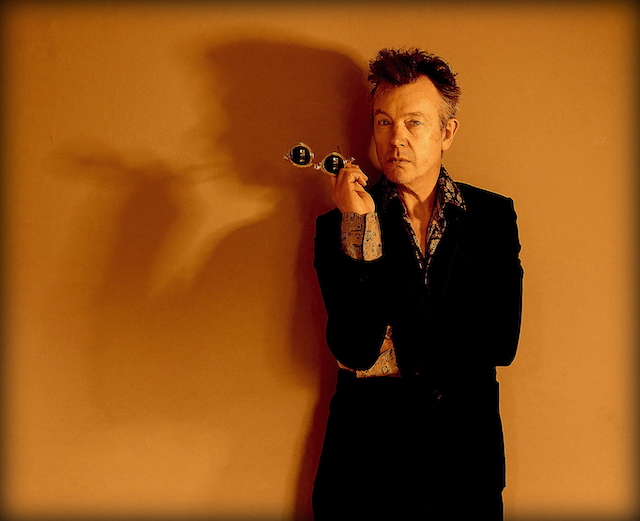 Harry Stafford released his third Solo Album in September 2021 with Brazilian Punk Guitarist Marco Butcher who he met online and collaborated with to write and record ‘Bone Architecture’. It’s a collection of their favourite genres of punk, blues, jazz, rock, soul, and rockabilly with a Pink Floyd track thrown in for good measure.  'Termite City' Video

Harry also said "Having Released a solo Album, I also put out the 8th studio Album in November 2021 for my band inca babies, which is the band I formed in 1983 and which I have played guitar in for 37 years. The album ‘Swamp Street Soul’ is a natural progression of the things that excite us. The Inca’s sound continues their explosive exploration of Goth punk and death rock jazz/blues with epic cautionary ballads and larger than life characters telling their fulsome tales".