What have Modesty Blaise being listening to this year? Their faves are here

1. The Great Leap Forward - Revolt Against An Age Of Plenty

It’s a fabulous energetic record from a great album and I’ve been a fan for a long time. The thing I admire is the ability to write something that’s overtly political that works. I haven’t managed that, on The Modesty Blaise I recorded And The Lights Went Out All Over Town which is political but not so brazen as this. Great record.

2. Cathal Coughlan - Owl In The Parlour

From the album Song of Co-Aklan, I liked this as soon as I heard it. It’s a very strong album and this mentions Owls so obviously a top choice.

3. Kings of Convenience - Peace or Love

No one song has lodged itself in my mind yet so the whole thing. It’s a KoC album - it sounds like a KoC album which is no bad thing.

Splendid record from top pop group from Bristol. I like The Velvet Underground too.

I’m not convinced Wet Leg actually has legs but, as a single it’s a brilliant and funny sound.

6. The Hepburns - Five Miles of Line

Proper band, seen them live a number of times and the always deliver. This is sunshine pop as it can be.

Always been a big XTC fan so anything from Colin is bound to be of interest. I hear lots of other things in this, good single.

The endlessly creative Woog Riots who are label-mates of ours. This is their anti-conspiracy song.

9. The Villagers - So Sympatico

This is for Gregory, he likes The Villagers album and has had me listen to it for a while. I think it’s too long but there’s some good songwriting here.

Does this count? It should do. I watched Get Back over a weekend and it was the best weekend I had this year. It’s not the best Beatles album but who cares? Their worst is better than most people’s best. 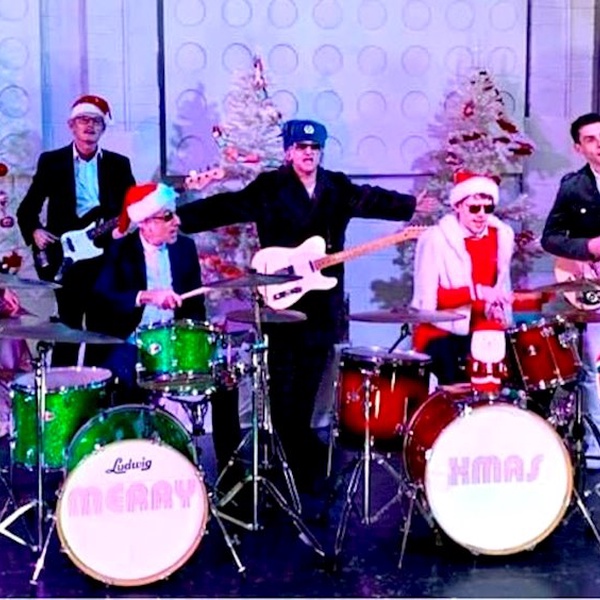 2021 finally saw the release of our third album, The Modesty Blaise. It’s had some fabulous reviews, we are really grateful and, as we speak, 9 months after it’s release I can still listen to it and think yes, that’s a fine record. The Modesty Blaise has been described as Baroque-pop/sunshine pop/avant-pop and I’m happy with all of that but overall, it’s pop as we see it. We think we’re making big records that will last and, as the previous Modesty Blaise albums still stand the test of time, we think this one will too. We followed that up with a Xmas single that we started recording in July and we’re thrilled at the reaction to I’ll Be Home For Xmas and hope it’ll be played every year.

This year has seen a lot of projects coming to the fore because of musicians being locked away with their laptops and instruments and nothing else to do. I think there’s a general air of introspection abroad which is completely natural. The Modesty Blaise was held over from the year before until the label decided to release it because there was no point waiting for all the pandemic stuff to finish. I think there are some albums like that, they contrast with the introspective records.