Have been a Manics fan almost since the beginning, around The Holy Bible times... my old Canadian band The Conscience Pilate opened for them in Toronto and Montreal during the Everything Must Go Canadian tour dates and hearing this new record takes me right back to those times. Great songs, great choruses, James is an incredible singer and I love this record - album of the year for me!

A fellow Canadian rocker and thinker, Art's new album features several tracks that blow me away such as Entropy and of course the rockin' Christo Fascists featuring Brother Wayne Kramer from the MC5... a must!

Watching XIXA at SXSW (2017? 2018? Not sure... I went to see my friend Rishi's band Elephant Stone and accidentally caught XIXA) was a revelation! I thought, if they can mix Cumbia and Rock n Roll like that, maybe there IS something in the whole Lusitanian Ghosts Chordophone Rock n Roll idea... so there you go, it's XIXA's fault, haha

4. Rich Ragany & the Digressions - Beyond Nostalgia and Heartache

A great record from my old Canadian friend Rich Rags... now firmly rooted in the UK with a great family and a great rock n roll combo... this is also an album of the year contender, but up against fierce competition as listed above...!

Debut solo record from Chris McDougall, who over the years has collaborated with the likes of The Darkness, White Russians, and many others. More recently he had been touring and playing with Dave Kusworth (RIP) and Darrel Bath (also RIP). Chris is an amazing soul and a great human being and has endured a lot of pain and loss and still manages to keep it together and make amazing music - upping the ante during the pandemic to produce this great solo effort packed with great catchy alt-indie-rock songs. Must check it out please!

6. Devin Stoneham - On the Essence of Being

The pandemic has had this positive side effect of bringing talented people out of self-imposed retirement... Devin Stoneham self-produced this collection of new songs on Garage Band, and had not released anything for about 20 years maybe... another old Canadian friend from my The Conscience Pilate and Passion d'Flower days in Toronto, Devin used to have a band called Madame Tussaud with his brother Sean and drummer Justin Peroff (of Broken Social Scene fame). One of the most talented musical minds I know. Link: https://lnk.to/Essence

Great debut album from Norwegian singer-songwriter and producer Hans Stop. One of the most beautiful albums released this year Hans is also leading the European Ghosts artist residency project that took place at Clouds Hill last September, watch out for more coming from European Ghosts... which includes other artist curators like Joana Negrão from Seiva / A Cantadeira and Misia Furtak...

Polish alt-folk-pop singer-songwriter takes a turn for the (even more overtly) political matters, which I think is super important and super relevant given everything that is going on in Poland and Europe. Regardless of whether or not you understand Polish, this is beautiful music that must be heard (and would also be great to have translated) by more people. My favourite Polish artist!

Debut album from poet / guitarist (and now also producer) Dan Dutnoff, who I have known from Toronto most of my life, a very good friend and bandmate from Passion d'Flower. Dan has decided to collect his stream-of-consciousness poetry onto an experimental lo-fi noise record and the world is a better place for it - all you have to do is get lost in these hypnotic, psychedelic nuggets, using whatever potions suit your needs.

Ok, technically NOT an album from 2021 of course (it's actually from 1970), but given that it has NEVER been available on digital before, and that it has been out of print for decades, we absolutely must bring it all back home to introduce you to the Pete Seeger / Bob Dylan of Portugal, José Afonso. The Mais 5 label is finally making his lost masters available again with the fabled "Cantigas do Maio" album set for an April 2022 release, so I must invite you to get to know this legendary Portuguese folk singer, poet and revolutionary! 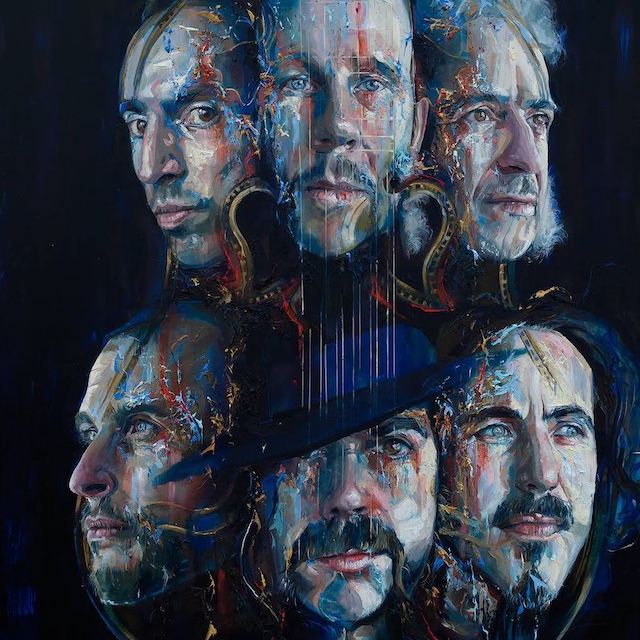 Lusitanian Ghosts are an international chordophone rock n roll collective, making music featuring ancient Portuguese string instruments. We have members from Portugal, Canada, the US and Sweden playing different types of violas, like the Amarantina, Braguesa, Campaniça, Beiroa and Terceira. Our second album "Exotic Quixotic" was recorded on tape in Hamburg's Clouds Hill studio and just came out this past November (although the vinyl LP is delayed like many folk's...)