Originally from Cork, Ireland, Cathal Coughlan is a founder and singer of acclaimed 80s/90s groups Microdisney and Fatima Mansions and these are his musuical favorites of 2021

1. Joan as Police Woman/Dave Okumu/Tony Allen -  "The Solution Is Restless"

Unless we, the audience, have the budget and the time to resist the push (I don't), technology has massively altered our ways of consuming music, and so it is that I find myself being most engaged by albums which cover wide ranges of moods, where it's possible to return many times and hear detail which wasn't evident at all on previous listens. Of course, this is also a great album, three great talents in full effect for what would prove to be the one and only time, owing to the loss of Tony Allen, one of the world's most influential musicians, in 2020

2.  Luke Haines -  "Setting the Dogs on the Post-Punk Postman"

Mr Haines, provocative as ever, presents a tightly-focused yet garment-straining response to a world full of petty spare-room gauleiters, eccentric factotums and...lust.

I don't know how to describe this, so I won't try, but suffice it to say that Low's intense focus on the core of what makes their music unique has reached new levels of the minimal, and is all the more potent and timeless for it.

As with 'The Solution Is Restless', this album pretty much does what it says on the tin, never standing still for long, and rich with labyrinths of meaning and intensity. Spacious in a way that I haven't previously found Camae Ayewa's work to be, this is one to which I'll be returning often

5.  Various Artists -  "In The Echo: Field Recordings from Earlsfort Terrace"

Mainly chosen for the version of the Canadian song - long regarded as an Irish folk-revival standard - Peggy Gordon, sung by the one and only Lisa O'Neill, one of Ireland's finest and most distinctive voices of modern times, in company with violinist/sound artist Com Mac con Iomaire. Many other highlights illuminate this collection of recordings, mainly song-based, made in spaces throughout the vast ex-university building which houses Ireland's National Concert Hall

6.  Sharon van Etten & Angel Olsen: - "Like I Used To" (single)This pop epic devastated me emotionally when I first heard it in the summer. Perhaps intended as a song of mild melancholy as experienced when a person realises that their youth and its chances of escape are forever leaving them, I can tell you that when heard as a reflection on the brick walls thrown up by the ebbing of life itself, it's another thing altogether.

This is also in the area of the pop epic, and conveys a wistfulness also, although its elegance is more life-affirming than its reverse.

Shabaka Hutchings is always worth hearing, whether live as a leader or sideman, or in any of the recorded projects which he leads. This is one of his very best, which is going some.

9.  Chris Connelly & Monica Queen -  "The Birthday Poems" (album)Has eating, drinking and thinking for a long haul in it. The Scottish diaspora reflects on the 20th-century past of its outsider artist community. Two great voices, and inventive arrangements galore.

The sound of gratitude, unvarnished and without prejudice - deeply moving. The whole album is very good indeed, but this song is extraordinary 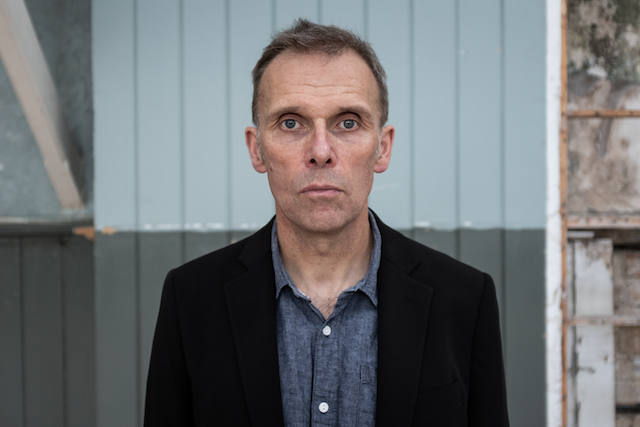 Cathal Coughlan is widely considered to be one of Ireland’s most revered singer/songwriters, beloved by fans of caustic literate lyricism and erudite songcraft. Since the demise of Fatima Mansions in the mid-90s he’s released five acclaimed solo albums, taken part in an array of collaborations and guest appearances, and along with his Microdisney bandmates was the first recipient of the IMRO/NCH Trailblazer Award, which celebrates culturally important albums by iconic Irish musicians, songwriters and composers (1985’s The Clock Comes Down The Stairs). Dimple Discs released his album ‘Song of Co-Aklan’, his first new recorded music in ten years, in March 2021.

TELEFÍS:
Telefís, (the Irish Gaelic word for Television, pronounced Tele-feesh) is a new collaboration between two acclaimed Irish iconoclasts, composer/mixer/producer Garret "Jacknife" Lee (U2, REM, Two Door Cinema Club and many others) and singer/lyricist/composer Cathal Coughlan (Microdisney, Fatima Mansions and many acclaimed solo works). With Jacknife now based in Los Angeles and Cathal based in London, the two spent 2020 trading ideas and musical files during lockdown, hatching plans for a satirical, mischievous examination of Irish history and pop culture in their lifetimes, what the two have labelled .."a corrosive nostalgia". The result is a highly unique album containing thirteen tracks entitled "a hAon" (“Number One”), which will be released by Dimple Discs in January 2022. "Mister Imperator" is the second transmission from said album, a deliciously retro-electro affair loosely recounting the tale of a beloved pianist who was a light entertainment staple of early TV fare dating back to the first broadcasts in The Irish Republic in 1961.