We have collectively come up with some albums that 'rocked our boat' during the first half of 2020 and there is a Spotify Playlist as well.

BC Camplight - 'Shortly After Take Off'

BCC’s fifth album and arguably his most accomplished. Laced with hallmark humour through all 9 songs, never more than on opener ‘I Only Drive When I’m Drunk’. 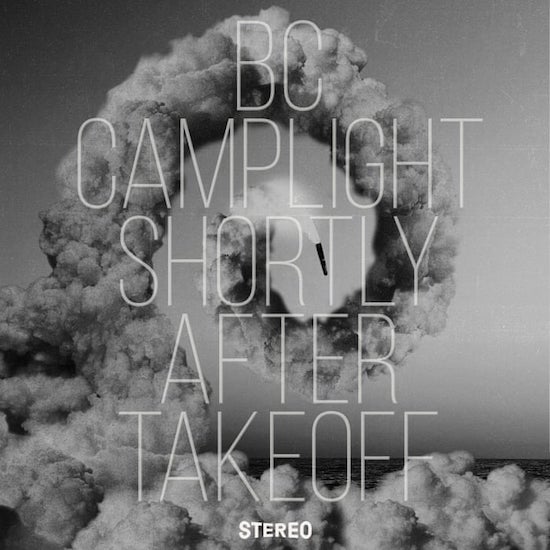 My first foray into Jazz as recommended by a good friend. Second vinyl I bought after buying turntable and it's been a regular 9pm pre-bed listening during lockdown. Smooth, mellow and he also has a lovely voice. 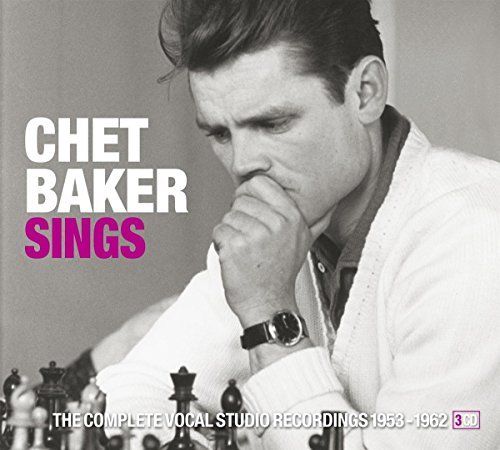 This is beautifully crafted. Her soft pure voice laps gently to the poetic rhythms of the lyrics. The instrumental accompaniments are complex, but muted and perfectly balanced. The feel is reminiscent of Sufjan Stevens

This six track EP is a perfect and short introduction at just over twenty two minutes to those not so familiar with the wonky and wonderful pop and dance of Christine and the Queens.

The opening track ‘ People I’ve been sad’ feels like a metaphor for the lockdown highlighting her distinctive vocal style and range with the title track in Italian confirms the strength of the song writing throughout this release .

Accompanying all these songs is a video montage filmed at the Paris Opera House providing a scintillating reminder of the power and choreography of her live performances. 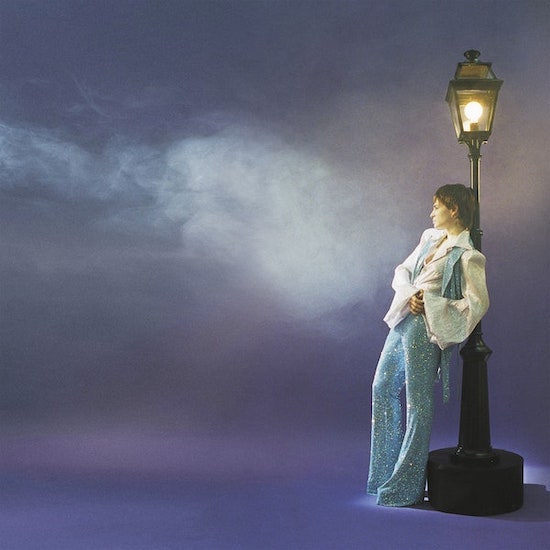 Cornershop- 'England is a Garden'

If Grandaddy were from Leicester? Cornershop's slightly ramshackle take on song structure and instrumentation has often put me in mind of Jason Lytle's outfit- mixing base elements that shouldn't work together and somehow coming up with lo-fi gold. That's never been truer than on this record where they skip from jaunty indie rock, through 'Mellow Gold' era Beck stonerism, to anthemic 1970s terrace chant ska all within just the first four tracks. There is plenty of politics here (it has been billed in some corners as their 'Brexit album'), but worn lightly and with humour.

Give it a chance, I suspect they'll always be known for THAT song, but theres a whole brimful of reasons on this record why Cornershop have never sounded better, or more relevant. 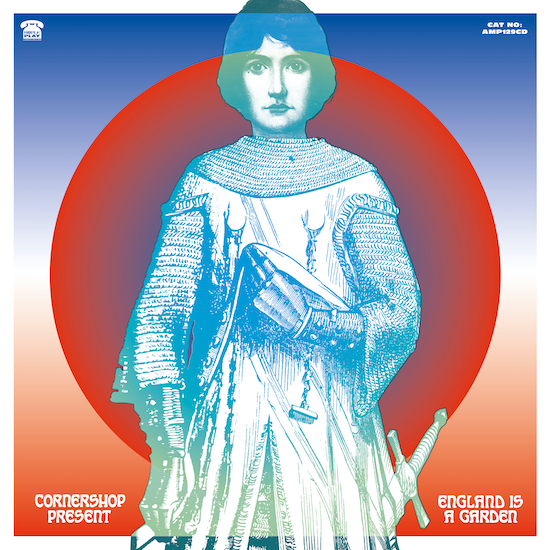 A band that continues to sparkle and thrive. Now their own cottage industry releasing their own original albums and gems from their back catalogue for their army of adoring fans. With ‘Ghosts’ the follow up to the equally brilliant ‘All That Reckoning’ (which was released in 2018) The Cowboy Junkies should be pulling in a whole host of new followers.

Released on streaming services during the height of ‘Lockdown’ for us in the U.K. this was a warm and engrossing companion for the time. The overall subject matter relates to band members Michael, Margo, and Peter Timmins who recently lost their mother and the ethereal songs on Ghosts are about processing the emotional upheaval of her death. 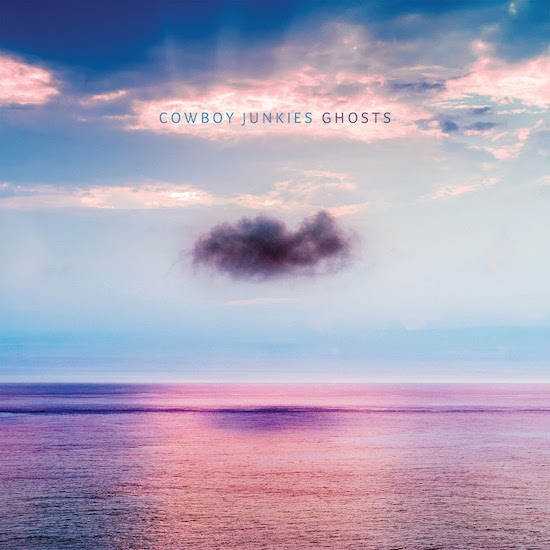 Destroyer - 'Have We Met'

Deceptively relaxing music concealing deep dark lyrics. I was lucky enough to see Dan Bejar at The End of the Road festival a few years ago. I watched mesmerised, and have followed him ever since. Everything about him is original and fascinating. Even the name, which has no obvious link to the music he produces.

This album was apparently recorded in a lockdown style, alone in his house, then sent to his producer/instrumental partner to embellish. Weirdly prescient, as this was some time before our current period of isolation... 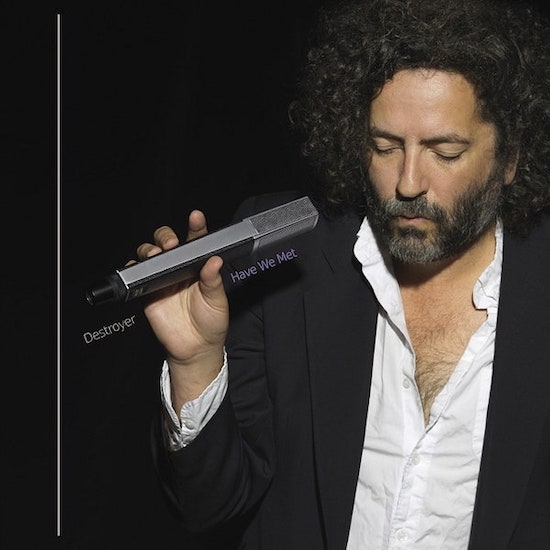 The master returns. Just when we needed him most. Critics, experts and fans are ranking this record with his best work. That says something. Many factors make this an extraordinary record, even a feat, of any era.

It is uncommon for the true greats of ‘popular‘ music to deliver a masterpiece late in their careers. This is probably one, but it takes time to define a masterpiece. The words (always, the words) and the tone and the sheer timeliness of all this wisdom, seemingly imparted for the times we’re in. Here is an album to live in for a while. Savour the beautiful, ripe and aged rasp - it’s gone where the weather suits his clothes.

Sometimes, it feels like he needs to justify his recent Nobel prize, which is laughable. But if it prompted this long player in any way, then we can be grateful. In terrible times, Bob’s given us a record that offers shelter from the storm. 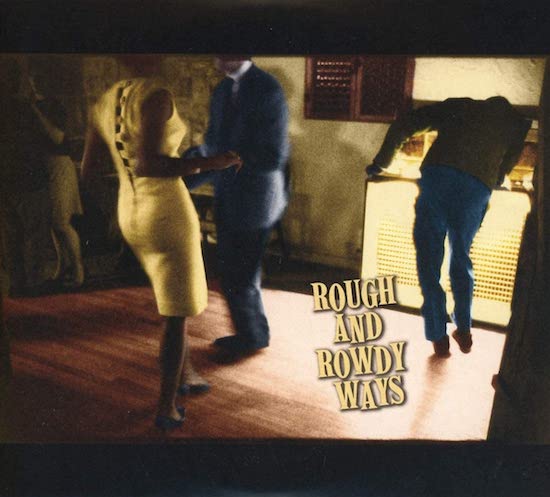 Radiohead’s Ed O’Brien has given me my album of the lockdown. From the opening groovy dance beats of Shangrila to the folk guitars of Cloak of the Night ft.Laura Marling these tunes encompass every emotion I’ve felt in recent months, every track will lift you up. 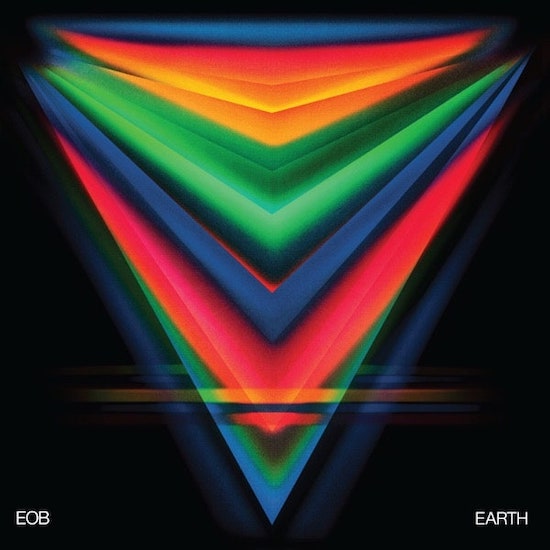 Coming 2 years after their last album and during a period described by the band as their “best and worst years” Happyness return with line-up changes. Released during lockdown, the band are clearly wanting to offer a happy release.... Benji Compson, one of the founder members has left and Ash Kenazi (could his nickname be Vladimir?) the drummer is now co-frontman with his new persona very much to the fore.

The music is described by others as “slacker rock” - a none too glamorous moniker - but there is an undeniable continuance of their 90s onwards indie sound. The title track - called just that, sets us on the path of happy and doleful moods. Milk Float is a reminder of early Radiohead and there is more than a touch of Mercury Rev throughout...

Track three When I’m Far Away (from you) is a beautiful lament that changes the mood of the album and the varied style continues thereonin.
The Cass McCoombs parody “What is Nurture?” is another stand-out track that keeps the album going in similar style until the final tune Seeing Eye Dog.
Strong tunes throughout and lyrics which have true meaning (whether you understand them or not!) 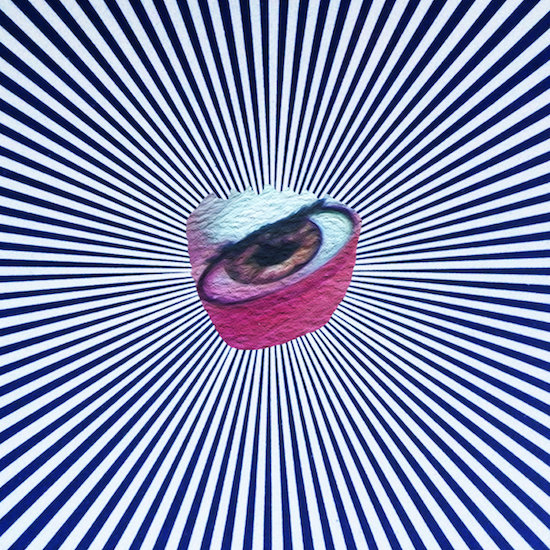 His 15th album release. Quietly impactful mainly acoustic songs, which wash over you like a summer breeze. Listen on headphones, and he could be in the same room as you, while the lyrics and melodies work their way under your skin. All done and dusted after 30 minutes, leaving you wanting more or to press play again. 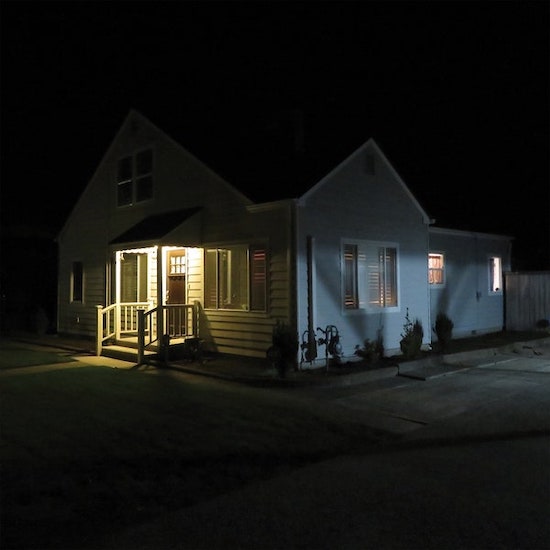 David Keenan is a singer/songwriter from Dundalk. He left home at 17 and, inspired by a love for the music of the La's, went to Liverpool. “I felt I could be somebody there, live off my wits on the streets”.

He busked and gained confidence. Now based in Dublin, David sold out the Olympia Theatre back in January, in the week his debut album 'A Beginner's Guide To Bravery' came out.

It is a big album. 57 minutes in total, with several songs of over seven minutes long. It brings to mind 'Astral Weeks', the singing of Liam Ó Maonlaí, the sound of early Waterboys albums. David's songs are totally original.

I have only had this album in my possession since lockdown finished. My favourites for now are 'Unholy Ghosts', 'Evidence Of Living' and the amazing 'Subliminal Dublinia', with which he closed his show at the Olympia. 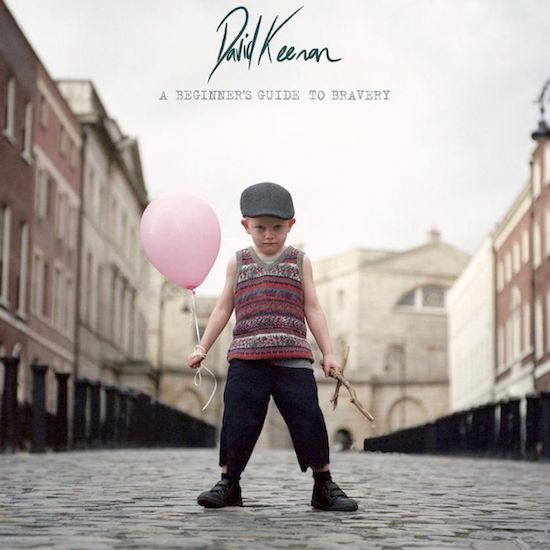 For those of us not touched by loss or hardship during the COVID-19 pandemic, we can probably agree that lockdown has taken away and given in equal measure. And what gifts we’ve had from some incredible artists - the beauty of new material from Laura Marling and Phoebe Bridgers, amongst others, have got us through many a dark hour.

But there is one album, although recorded well before we’d heard the word coronavirus, that somehow perfectly captures the rollercoaster of emotions we’ve experienced this year, and that is Melt Yourself Down’s third studio album - 100% Yes. It’s loud, chaotic, angry, and perfect to run to, if that’s become your thing. And if you just like dancing around your kitchen because the pub’s only just reopened and you’re scared of a second wave, then it’s perfect for that to. The cover will make your eyes hurt but the album will make your pulse race and your soul smile. And you’ll run faster too.

On his second album as Mura Masa, Alex Crossnan has created a body of work that reflects on nostalgia, whether for good times and bad, and how this helps to learn about yourself. Across a number of different styles and genres he builds a scrapbook of past life that might be his, or yours, or no one at all’s.

With a range of classy collaborators on board like Georgia and slowthai he shows how his songwriting and production skills are developing, with even the more commercial and ‘pop’ tracks having depth and emotional intensity

It’s an album that seems to provide a feeling of analogue warmth in a digital age, that longs for past times and memories that may not even be real. You’ll hear echoes of forgotten songs and feelings in each of the songs, and wonder whether you’re enjoying the tracks for what they are currently or for what you once were.

Extra credit goes to the fantastic special book edition of the album which has over 200 pages of words and pictures from and his collaborators, it’s a real labour of love that help to bring the music alive. 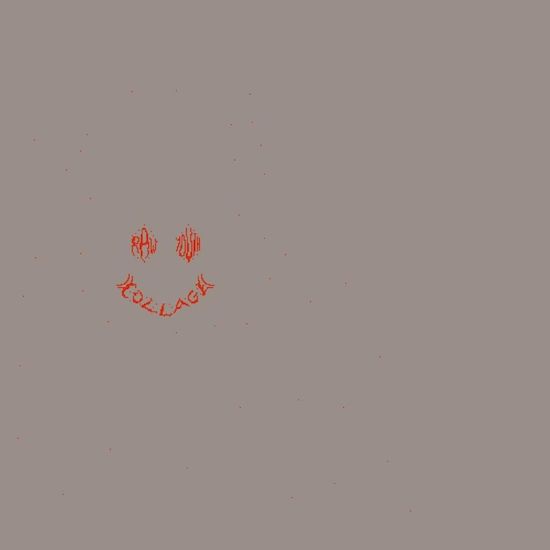 Sports team's debut album missed the #1 slot by less than 600 units and listening to this selection of indie-pop tunes and smart lyrics it's easy to see the appeal. The opening yelp in 'Lander' hits you squarely between the ears and demands your attention.

Influences of Brit-pop, US alt-rock, Parquet Courts are evident in 'Going Soft', 'Fishing' and 'Here's the Thing',(the video to which features lead singer Alex Rice moving like the illegitimate love-child of Mick Jagger and Jarvis Cocker) are highlights of a set of bangers which means that Deep Down Happy is the most exciting debut album I've heard since The Libertines first staggered onto a stage.

Sports Team are definitely one team everyone should support. 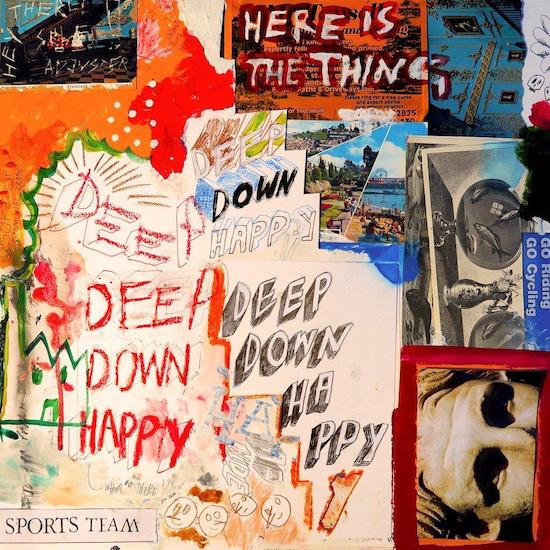 I’ve become mildly obsessed with these tunes during lockdown. Mostly melancholic in nature the tunes take us through a journey of wistful love, anger and humour.

Growling vocal backed with guitar that flips between electric and acoustic, with superb electronic production.

Based in Sheffield It’s clear Tom has leant on the exciting vibe from that city to craft this refreshingly different mini album. 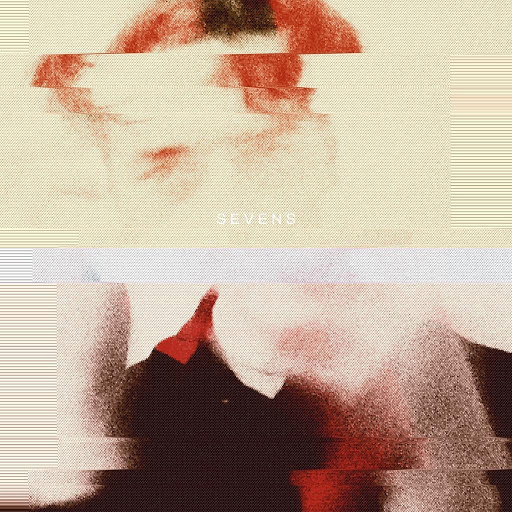