I buy a lot of old music and I don’t always achieve ten current year purchases but the top records that I bought in no particular order:

One of my favourite bands and this new album contains some truly beautiful Byrds like harmonies and pedal steel.

One of my favourite songwriters, currently delving into heartbreak.

A great compilation covering Capitol Records’ country output from the 60s and 70s. Some very weird and rare country gospel songs that set the imagination running.

4. Sun Kil Moon – Among the Leaves

Another fine release from Mark Kozelek focussing on the trials of the touring musician…I can relate.

5. Dr. Feelgood – All Through City

Not strictly new music for 2012 but this 4 CD box set complete with all recordings, TV appearances and book covering the Wilko Johnson years is great for anyone wanting to get a complete overview of early Feelgood.

Lyrically I thought Tempest was an interesting turn for Bob Dylan and I am sure this is the first time he swears on record? And he does it a few times.

I bought this on limited edition vinyl while on tour in April. I had to keep it safe for two weeks and it was well worth it. Love Skulls is one of my favourite songs of 2012…mystical, mesmerising, beautiful, dramatic.

I toured this album a lot this year. It’s dark and touching in equal measure.

Kate is a fantastic English folk artist who I am lucky to know. This album is well worth a spin. 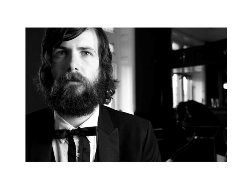 I only get to go to festivals to play so here are my top experiences of 2012:

A fantastically laid back folk orientated festival with great beers and an eclectic mix of music. Nearly succumbed to flooding! (Played with The Whispering Pines and The Lucky Strikes)

My hometown and also a real treat for finding weird and interesting folk artists. The Lucky Strikes were invited to play the main stage and I played a solo show in the gloriously intimate scout hut.

3. Off The Tracks Festival – Derbyshire

Housed in the grounds of a hotel and surrounded by cornfields the Lucky Strikes enjoyed an early set here. It’s been running for years and it seems very much a festival to go and party.

In late March I braved the record breaking heat of to play Music Week. It was special for meeting lots of cool Canadian bands and eating pizza with Martha Wainwright in the staff room of a record shop. (Played with the Simone Felice Group).

One of the loudest gigs I have ever played. The Lucky Strikes braved the ice and snow to play a special show at the Garage in Islington.

Such a memorable gig. Playing ‘The Ghost and The Actress’ while                   rugby players and audience members waltzed in a rainy field close to midnight.

Matthew Boulter  is a member of The Simone Felice Group, The Whispering Pines and The Lucky Strikes