Danny and The Champions of the World – Brilliant Light

A wholesome album if there ever was one. Think of all those great double vinyl albums that there has been and then add this one too it. A 2017 double vinyl album of quality songs and musicianship, ‘Brilliant Light’ is right up there with the best!

This is a record straight from the heart of this seven-piece band. Eighteen songs, rockers, and so sweet ballads, soul and a touch of boogie woogie. Gentle pedal steel to Southern rock guitar workouts, it’s all there. Danny George Wilson’s voice is at it's majestic gravel best, drums, bass, keys it’s a room filling sound that is nothing short of glorious.

Danny and the Champions of the World came out of an equally fine band Grand Drive in 2008 and have released four previous albums plus a live album in 2014, ‘Live Champs’ (A record that still demands a vinyl release!) So, this is studio album number five and yet again, the band deliver a very fine record.

‘Waiting for the Right Time’ kicks off the record up-tempo, feet tapping in anticipation of what’s to come. ‘Bring Me To My Knees, brings out a country rock feel that is a joy to behold, written by Danny with James Yorkston as is, 'The Circus Made The Town' on side four.

‘It Hits Me’ brings some soul whilst side one concludes with two sweet ballads. Side two kicks off with ‘Consider Me’ a song with the band at full throttle. There are plenty of surprises and fulfilling music to come on the record, which I will let you discover for yourselves. Take a look at the Pledge Music page for what is available around this release plus label Loose Music.

The band are out on the road for a full UK tour in September. This really will be a night to remember with, a band that just get better with each record. In the meantime, grab a beer, find some spare time, put your feet up and have a listen to ‘Brilliant Light’, you will not be disappointed! 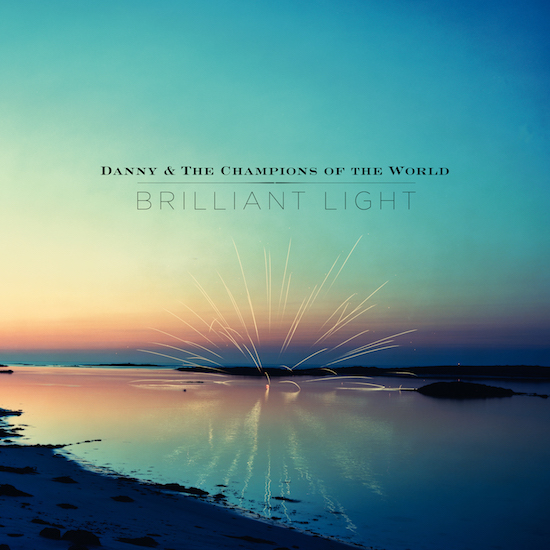