Well I don’t know much about Lyle Christine, he comes from Glasgow (good start). ‘Duff Steer’ seems to be his eighth album and he is a great guitarist.

‘Duff Steer’ out on 20th March and is a straight between the eyes grunge rocker. I would imagine a power trio swamped in the influences of Rory Gallagher, Nivana and a touch of Thin Lizzy. Just under forty minutes, there is no lapse in the power throughout. The guitar riffs and solos are sonic heaven!

Lyle’s own press sheet claim’s “this is his strongest album to date despite the fact there are two sh*t songs on it". On listening I can’t find those particular two songs, for an aging rocker like myself it’s just best to stick this album on and turn up the the volume! 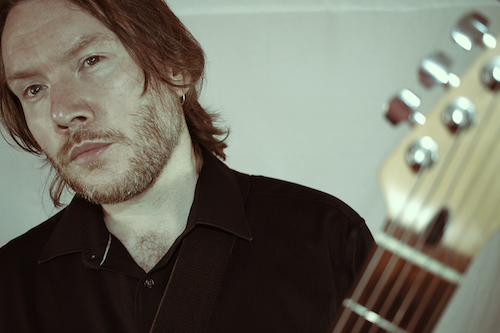 We also had a quick chat with Lyle to fill in the gaps;

It’s a bit drizzly, it’s a bit dreary, but we’re all still out in the streets, holding hands and wishing for a brighter tomorrow.

The BBC 6 music festival is coming to town shortly, does that help local musicians in anyway?

I think so, it should be good for venues, good for bands – I like 6 Music, Shaun Keaveny wakes me up each morning (my radio alarm clock, not him in person), so I’d be more attracted to a festival supported by that station, certainly more than a tour supported by the likes of Radio 1. Being a Southsider in Glasgow, it’s nice to see venues such as Glad Café and Rum Shack included in the festivities.

New Album ‘Duff Steer’, who is in the band and where/when was the album recorded?

The band is.... only me, all on my lonesome. I’ve been a solo recording musician for almost 10 years now, although it’s entirely possible I’ll get back with a full group at some point in the future. Duff Steer was recorded over 2016/2017, backing tracks laid down in my home studio, vocals recorded at Dixon Street studios in Glasgow.

This looks to be your eighth album and your first was 2007? Has your sound changed over the years and how do you feel you have grown as a musician in that time?

So, my first solo record in 2007 was Why Doesn’t My Album Sounds As Loud As Everyone Else’s?, and back then I wanted to try out a fairly heavy-digital sound, with layered drum machines, distorted synths, and guitars overdriven with digital clipping. But really, that was more a one-off experiment – at heart, I’m a guy who likes good guitar sounds, good guitar songs – for example, I really like the style and production of Kurt Vile’s album B'lieve I'm Goin Down... (2015), the opening track Pretty Pimpin sounds amazing. The thing is, when you’re a recording musician who is also your own engineer/producer, it’s really tempting to throw on synths, or techno drum beats, or 5 track guitar solos. And I like that freedom to experiment, but it costs time and doesn’t always work. The one consistent thing about my albums is, each record usually has a couple of songs that don’t work, but I leave them on – good, bad or indifferent, publish and be damned. Then move on to the next one.

Any live dates planned to promote the new record?

Only press promotion for the new record at the moment, mainly to satisfy my ego without having to go outside.

Is music full time for you or is there a day job as well?

Well, let’s put it this way – my income from Spotify royalties for December 2016 was 5p. That’s right, five pence. Read it and weep, wage slaves.

What was the first album you bought and where from?

It was To the Extreme by Vanilla Ice, 1990. I was 10 years old. My sister also took me to see Vanilla Ice that year in Edinburgh. After the show, she looked ill and said “I have never seen so many pelvic thrusts in my whole life”. My next purchase, one year later, was Nevermind along with ACDC’s For Those About To Rock. You can hear all three of those influences in everything I’ve ever done.

One piece of advice for new guitarists just starting out today?

Trade in those guitars for shovels.

Duff Steer will be available here: 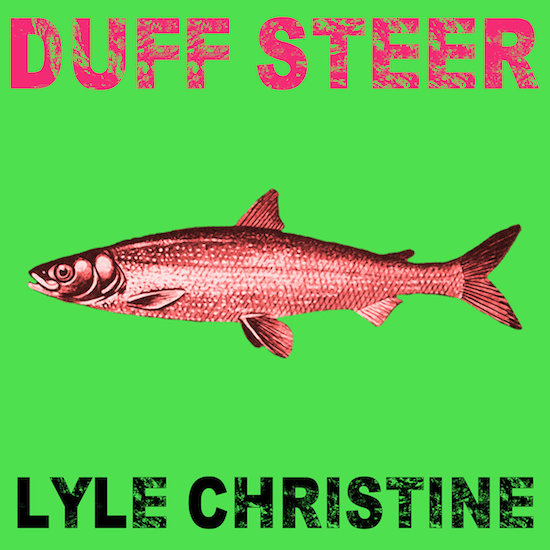