British rock & roll at it's grungy, gritty best, The Godfathers kick off their 2017 with a new studio album - 'A Big Bad Beautiful Noise' and soon to be completed UK tour.

Even though this album sounds like a 'backs against the wall' sonic debut, the band was actually formed in 1985 with brothers Peter and Chris Coyne at the helm.

Bands like Spoon and The Mars Volta have both cited the Godfathers' influence and following live shows last year the band found themselves heading to the studio to turn out this a rock n’ roll cracker.

Guitars and a rumbling bass line open the album for the title track. A menacing vocal adds to the intensity. Then it's full steam ahead for the Stooges like ‘Till my Heart Stops Beating’ . ‘You Don’t Love Me’ has a jangly start and indie vibe throughout, here's the video. Then it’s back to the grunge with ‘Poor Boy’s Son’.

The album is well paced and has a varied feel. ‘One Good Reason’ has a Lou Reed vibe whilst, ‘Miss America is a widescreen road song. “Black White, Stars & Stripes” reflects on a changing America.

It’s not until track eight that the paces eases with the Doors like ‘She’s Mine’. A few more tight rockers and the album is pretty much done. The finale is a big stadium sized ‘You and Me Against the World’ which, is a bit out of sync with rest of the album but that's a minor quibble on a very solid record. 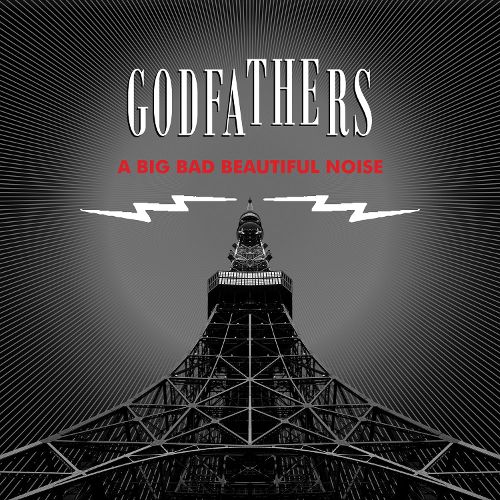 ‘A Big Bad Beautiful Noise’ is available now from February on the band's own Godfathers Recordings2 label via Cargo Records in the UK & Europe & Metropolis Records in the USA, Canada & South America.