M.G. Boulter - With Wolves The Lamb Will Lie

Perhaps like our own UK version of Jason Isbell, when Jason Isbell was under a lot of peoples radar, our very own under the radar gallant singer/songwriter from the Peoples Republic of Essex, Matthew Boulter is a musician who works tirelessly at his craft. So much so, that with each solo record he reaches new peaks in the Americana mountain range.

Singer/guitarist with The Lucky Strikes. Matt was a constant sideman to Simone Felice for a time as well as contributing and recording with numerous artists in the UK Folk/Americana world. Still based on the outer reaches of the Thames coast in England, yes Essex, Matt’s first collection of songs was released in 2008 under the moniker, Blue Vinyl Island The follow up, The Whispering Pines, was released by Stovepony Records in 2012 and in July 2013, Matt’s third solo album, The Water or the Wave, was released by Harbour Song Records.

The same label for new album ‘With Wolves The Lamb Will Lie’, which immediately upon hearing that title it conjures up thoughts of the meaning ? Are we talking global or personal, where in the world today do the lambs lie with the wolves? This sublime record actually deals more with the latter, individual characters, relationships and thoughts.

The drunk down and out in ‘Sean Or Patrick’ “He was lost out on the branch line, out here in the sticks, far fron the Harrow Road’ ‘In sight of the Cellar' “I was born in the dark, I was born to raise hell” ‘Some day the Waves’ "I shed my friends to go dancing, to go out dancing alone" Twelve songs to immerse yourself in, warmth on a cold winter’s night, or just plain contentment when listening to this record after a hard day's toil.

Matt has some earnest help on the album from the likes of Ben Nicolls, Toby Kearney, Neil McSweeney and Lucy Farrell (Lucy is a member of Emily Portman’s tourning band along with Matt himself) which, means the musicianship and arrangements of the songs are quite spellbinding.

Released on 29th January by which time winter should have hit our shores but, please do not let any snow storm prevent you from getting your hands to this record. You can pre-order HERE 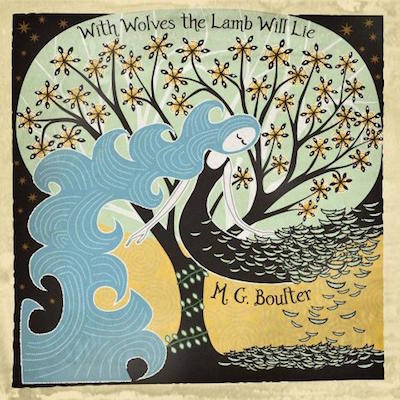