They Might Be Giants have always tiptoed the line between quirkiness and genuine indie heroes, but with 2015’s 2nd album release Why?, the band have released a genuine “family” album, supposedly appealing to both kids and parents alike.

At 18 tracks, and averaging approx 2 minutes per song, this is a band who don’t know the meaning of writers block, and are even relaunching their Dial a Song campaign, releasing a new song a week during 2015.

Why? also happens to be TMBG’s 18th (!) album, and the first aimed at kids and parents alike (maybe only Laura Veirs has released something approaching this concept ?)

The album kicks off with the nursery rhyme style Oh You Did, which is sung by guest vocalist Robin Goldwasser, a cautionary tale of telling kids not to do stuff, but guess what ? They did.

Omnicorn, up next, is more typically TMBG and fully fleshed out song, even though its less that 2 minutes long.

And Mom and Kid is another fully formed song, this time celebrating family unit, and even though again incredibly short, the production on this is typically fully formed with no corners seemingly being cut.

I Made A Mess, does exactly what it says on the tin, but with humerous baritone backing vocals counterpointing the usual TMBG sound.

Personal favourite of the album comes along at track 10. Elephants, sung by Danny Weinkauf, is a simple yet irresistible melody and ultimately sing along song about, er, elephants......”get out of the way, get out of the way, elephants are coming through your town today”

The album closes with Then The Kids Took Over, another simple song, done beautifully with a lovely melody and sing along quality and probably the message aimed at when creating this collection.

I guess it would be easy to be sniffy about this album, as its not a “proper” TMBG’s album, but I admire the courage of their convictions and certainly their prolific output. My only concern would be who exactly this album would be aimed at, as its unashamedly American and adults may not exactly have it on heavy rotation when the kids have stopped listening to it. Good on them for giving it a go.

Pre-order Why? Out 27th Nov 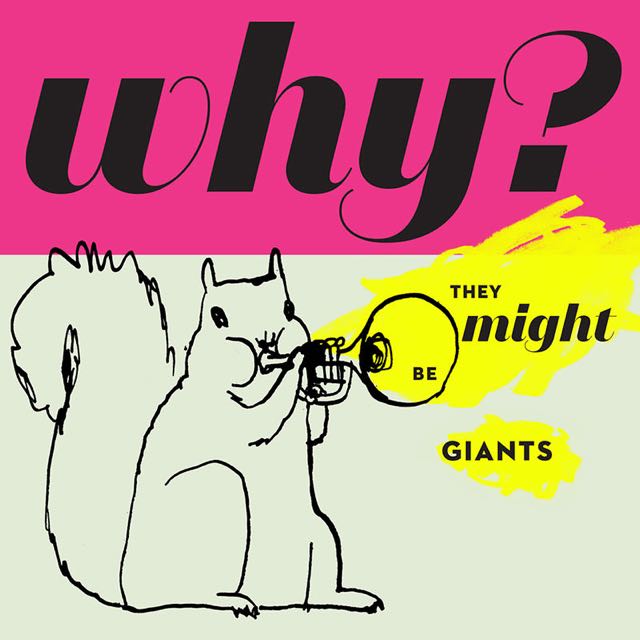