Blitzen Trapper - All Across This Land

For me, Portland, Oregon’s Blitzen Trapper have always been a band I’ve been aware of, maybe even been on a cover CD from the likes of Uncut, and yet they have never really been at the forefront of my consciousness.

Well, all that has changed with the release of new album All' Across This Land'.

From the opening riff of opener and the title track, the album grabs you by the scruff of the neck and demands you have a good time.

'Rock and Roll' follows the opener, with piano and a fabulous lead guitar break thrusting the song along, until its sweaty breathless conclusion.

The pace is slowed for Mystery & Wonder, which seems to be an autobiographical tale from lead singer/songwriter Eric Earley, and the reflective tone pays off and creates a thing of beauty.

Whilst the album is a collection of influences and styles, it somehow still manages to remain a distinctive sound all of its own. I would suggest fans of Wilco, Deer Tick and even Counting Crows will get a lot from this album, with its blend of Americana and good old fashioned rock & roll.

Album highlight for me is the fabulous 'Cadillac Road', a Sprinsteen-esque story based track, about a guy down on his luck and regretting his decisions in life (Willy Vlautin himself could have penned this one).

'Lets The Cards Fall', with its harmonica breaks creates an easy listening radio friendly driving song, .“I know what I know, and I do just what I do”….

Even If You Don’t is an equally sing along tune, suggesting the lady in his life is running from something..

Album closer 'Across The River' is essentially acoustic guitar and harmonica and finds the band in reflective mood again, playing like a campfire song, again with a narrative on destiny. A lovely way to end the album.

This is an album of rare song writing craft, and exceptional playing to create something both warm hearted and joyous, and should be listened to with either a glass of Jack or a cold bottle of Bud. 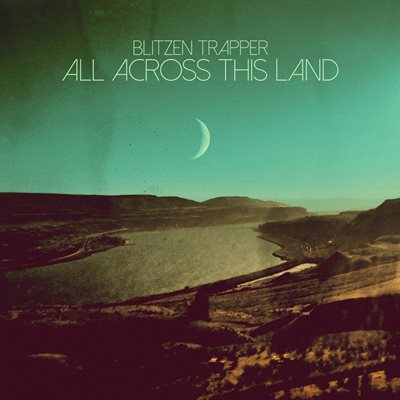