This debut EP originally came to us as Audio Disease, a Dudley based band that wanted to rock like their heroes Aerosmith, Def Leppard, Bon Jovi and You Me At Six. But a legal name wrangle later we see the same EP under the new East Of Eden moniker. Those troubles behind them now I am very please to say that the music is simply great, with most new rock bands opting for a screaming screamo match with all and sundry, these guys write their own brand of catchy, radio friendly tunes that are instantly familiar and delivered with a smiling swagger.

All seven songs are self penned and the first release “Breakaway” has benefitted from a very media friendly video released into the youtube-iverse collecting them quite a few followers as a result.

All songs follow the solid guitar riff heavy format that I so love from the 80’s brought up to date for a new generation to appreciate. Any of the seven tracks could be the single that really breaks this lot. “Worse things have happened” is the next to be released on 11th November and it’s a good choice, definitely a strong follow up to “Breakaway”. I do think that they should make use of the track “Midnight Lullaby” as a single too, my personal favourite on the EP.

With strong vocals and a very tight sound this band deserves to be in the ascendancy and I highly recommend the EP as a nice addition to keep your rock collection current and on-trend.

There are tour dates to promote the band in the coming weeks, I highly recommend you get yourself out there to see what should be a band that will be leading the new wave of British rock music. 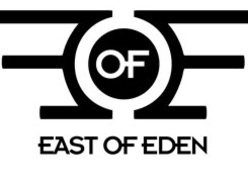 NOV 15 The Hope and Anchor -London