So far the band, comprised of Lins Wilson, Tom Hudson and Nestor Matthews, have delivered a psych rollercoaster-ride of  singles, including "King Cobra" 'Infinity X2" and latest cut "The Creeper." Today they share a fourth offering, entitled "Cherokee," referencing the wisdom of indigenous belief systems.

"We wrote "Cherokee" when there was a Strawberry Moon high in the sky, and continuing with the theme of being inspired by ancient rituals, we read into the Native American Cherokee tribe and their deep connection to nature, lunar cycles and crop growing." the band comment. "In the West there is a tendency to believe that 'we know best', colonising and destroying people and their traditions in awful ways. We desperately need to respect native traditions and beliefs, so with this song we hint at learning and letting go. The Strawberry Moon signifies cycles starting over, which is also a metaphor for our own learnings as human beings."

"Cherokee was one of the last songs to be written for the album and we like to think it’s about looking ahead at what’s to come. As a project, Magick Mountain was a long time in the making, so with an album that we’re really proud of ready to go, it would be easy to sit back and rest on our laurels, but we’re starting out as we mean to go on and keeping our eye on the horizon." 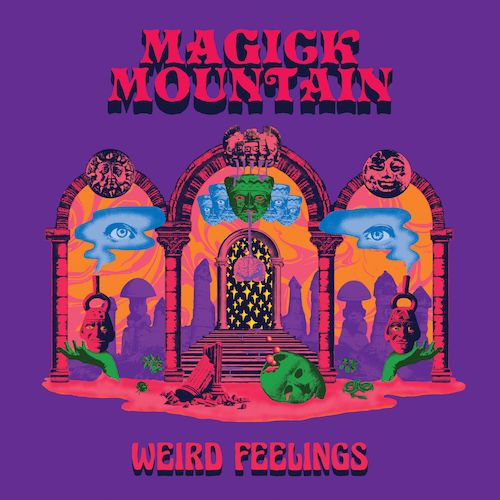