Singer, songwriter, screenwriter and director, Rafa Russo’s travels have taken him from his native Madrid, through the folk clubs of New York and London and back to his homeland. Along the way, picking up the cultural influences and experiences of each he has landed up in This Strange Place ... albeit one he very much feels is his own.

‘When people ask me what the album is about, it is difficult to answer, but I say that some of the songs ..Something Like Home and Throwaway Days, for instance, are about finding some kind of home in the most unexpected places. That place that you thought was going to be temporary or a stepping stone’

Rafa started his musical career in New York in the early 1980s, playing Greenwich Village clubs such as The Bitter End and Folk City. In 1988, he moved to London. He stayed for nine years. Rafa released his first album, A Petrified Forest, in 1990 which was followed in 1994 by his second album Despite Myself on the new Mauve label.

Shortly after the release of his third album Raging Clowns (1996), things took an unexpected turn when a script Rafa had written was made into a film by Spanish director Maria Ripoll. If Only, also known as The Man With The Rain In His Shoes and Twice Upon A Yesterday was released in 1997 and featured a young Penelope Cruz. The film won Best Screenplay at the 1998 Montreal Festival and suddenly a new career was born. Music then had to take a backseat.

Thankfully Rafa’s muse was happy to go along for the ride and as it turned out, wasn’t in any particular hurry. The self-released Sunken Ships (2011) showed the songwriting was as strong as ever. Now in 2019 his latest album 'This Srange Place' arrives via Scratchy Records and it's well worth a listen. Check out the album on Spotify HERE 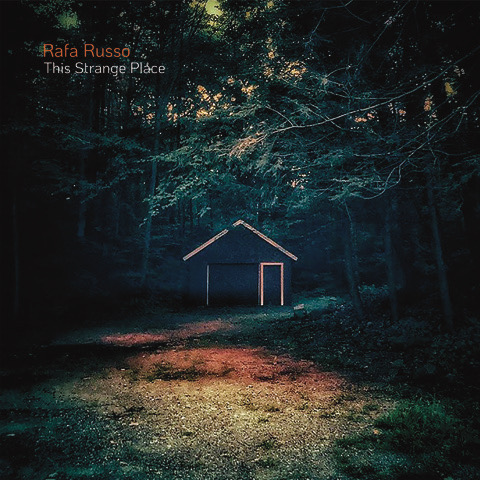