Lisa Hannigan is set to release a live album with the contemporary-classical orchestra, 's t a r g a z e' on 10th May, 2019.

The collaboration – which sees Lisa's wonderful music transformed into something cinematic and transfixing, has been taken to select festivals across Europe, and most recently graced the stages of London’s Barbican and Dublin’s National Concert Hall. Thankfully for those yet to experience the  live show, the performance at the NCH last year was recorded.

Lisa  is trailing the announcement with a new live video for ‘Swan’, a track born from a collaboration between her, the playwright Enda Walsh and Aaron Dessner (producer of Lisa’s  2016 album At Swim). You can watch here.

The tie-up with s t a r g a z e  was the product of a chance-encounter at Cork’s Sounds From A Safe Harbour Festival in 2015. Both performing at the festival, it was there where Lisa met André de Ridder.  The conductor would discuss his work with his European orchestral collective , who had been busy working with everyone from Nils Frahm and Julia Holter, to Sonic Youth’s Lee Ranaldo, These New Puritans and Iceage. The following summer, at Berlin’s PEOPLE Festival, s t a r g a z e invited Lisa to perform a couple of her songs with them on stage and it was at that moment where creative sparks would be sent trailing into the winds.

“Walking in I felt vaguely trepidatious. Sometimes working with classically trained musicians can be slightly nerve-wracking as a singer songwriter because they speak a language so beautifully fluently that I can only fumble towards,” Lisa recalls: “In a band, so much communication is done through the shoulders, the lift of an eyebrow, the feel of a small group breathing and dancing together. It’s hard to extrapolate that out into twenty, forty, even eighty people! It can feel like a glorious ocean liner tied to a creaking rowboat.”

Live In Dublin by Lisa Hannigan and s t a r g a z e is due for release 10th May on digital platforms, vinyl and CD via PIay It Again Sam. You can Pre-order HERE 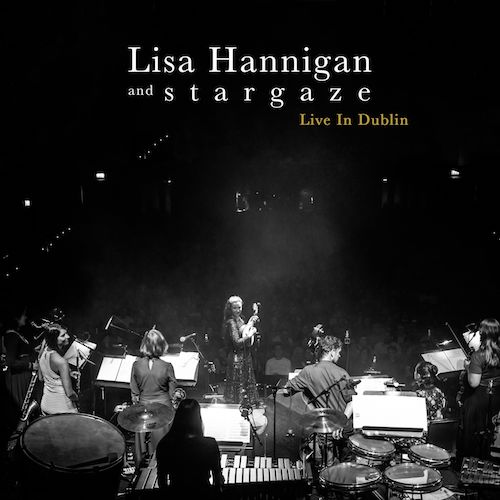