As an antidote to the dreary weather and nature of January, the first gig of the year is served up on a Saturday night at the wonderful Brudenell Social Club, courtesy of The Surfing Magazines.

First surprise of the night is simply the amount of people, young and old, who are in and around the Brudenell - its heaving. There's another gig in the Community Room going on - a new bands showcase, but it also seems every Leeds University student is out spending their loan buying beer and pizza in the outdoor seating area. It's good to see.

The audience for The Surfing Magazine is healthy, not a sell out, but about 2/3rds full, and first up we are right royally entertained by York 6 piece, Trueman & The Indoor League. Sitting somewhere between the Divine Comedy and Pulp, these 20 somethings gave it a right go, especially from Trueman himself on acoustic guitar. He was competently backed by 2 guitars, sax and keyboards and they have the tunes to back it up. Be good to see how this band progress.

The Surfing Magazines are touring in promotion of excellent 2nd album Badgers of Wymeswold, however they kick off the night with a couple of tracks from their self titled 2017 debut You Could Never Come to Me Too Soon and Goose Feather Bed.

As we know, the band comprise members from Slow Club and The Wave Pictures, and right from the off they are giving the impression they are enjoying themselves as much as the audience and intend to keep that up throughout the set. Vocals are shared around between David Tattersall, Charles Watson (who is referred to as Dr Watson all night) and drummer Dom Brider on songs from the new album Poppies, Pink Ice Cream and Sports Bar. There are plenty of stories and addressing the audience between songs, including moaning about not being able to get on a pool table earlier, to touring with Daniel Johnston years ago, and while in a local Leeds restaurant, Johnston told the waiter the food tasted like dog food.

Covers and instrumentals also form part of the set, Neil Young's Roll Another Number and Egyptian Reggae by Jonathan Richman & The Modern Lovers stand out, and demonstrate what a fine set of musicians they all are, although when attempting the Shadows dance moves, maybe not so good...

Final encore was another Jonathan Richman track - Roadrunner, which completed a joyous hour and a half for both band and punters alike, and we left for home happy. Happy and delighted for the return of live music, and to having such a good start to the the live music year. Let's hope the rest of 2022 lives up to this. 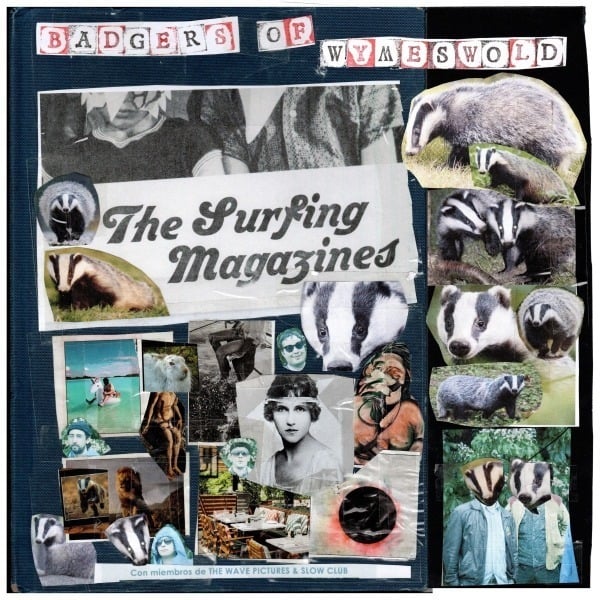