I’ve felt for a long time that BCNR are the band I’ve been waiting for all my life. But in the days leading up to this gig I must confess I was wondering whether the COVID-induced 17 month absence from seeing them live might have cooled my ardour. I was foolish to have worried. This band continue to burst with fresh inventiveness at every turn. No question of just going through the motions.

This was a socially-distanced gig in the spacious and wonderfully refurbished Gaiety Theatre on Southsea Pier. Interestingly, unlike other gigs we’ve been to, the tables were pre-allocated, placing early ticket purchasers nearest the stage so suffice to say we had a great spot. Proceedings started with drummer Charlie Wayne taking the stage to thank us for coming and in a most respectful way, asking that the new material they were road-testing wasn’t filmed.

Turning convention on its head the band launched into Opus, the climactic closer to their ‘For the first time’ album, the first of 8 songs which included three new numbers (more about them later).

The rump of the set was built around familiar numbers, Athens (a slightly laid back version) followed by Track X which concluded with the band all crouching down leaving just guitarist/vocalist Isaac Wood standing proud to cleverly morph into the opening guitar riff from Sunglasses. Illustrating the BCNR ‘no compromise’ approach they delivered the slightly truncated version of this marquee tune, swerving the characteristic angst-ridden wailing from the recorded version, choosing instead a more thoughtful and considered closing section to the song.

This drive to continuously evolve their material is the hallmark of this band and means I’ll never tire of these established tunes, but tonight it was the new numbers that were most striking. Amongst trademark guitar and bass riffs the new songs initially felt like a move in a gentler direction with violinist Georgia Ellery on lute and keyboardist May Kershaw providing a strong smattering of tinkly piano. Other newies were more classic BCNR style - sax front & centre, strings, bass and guitars all with thumping drums. I didn’t catch the whole lyric but it definitely included “We never look back ..... any more” a statement of BCNR’s ceaseless restlessness.

But it was the second new song they played that blew me away (sorry no titles !). This time with Lewis Evans trading his sax for flute, the band delivered a song with a keyboard intro and rather jaunty, circus beat all underpinned with Lewis’s flute culminating with the rest of the group gently wailing.

A simply wonderful sound which transported me full circle to one of my adolescent favourites. This song would have fitted perfectly within a an early-days Genesis (c1970 ‘Trespass’ phase). So for me, a perfectly poetic development for BCNR, taking me round my musical life-journey - my perfect band. 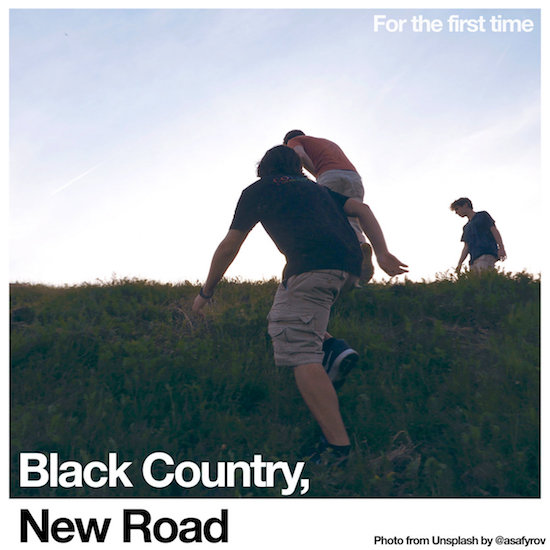