And now, live from Brighton, it's The Wedding Present appearing on your screens at home. For 75 minutes tonight it's a multi-camera, multi-angle presentation of the 2021 version of the band with David Gedge accompanied by Melanie Howard (bass), Jonathan Stewart (guitars) and Christopher Hardwick (drums); Wedding Present band member numbers 27, 28 and 29 in the complex and fluctuating 36 years of line-up changes.(thanks to a quick count on Scopitones website).

We've been promised a set of greatest hits and some new songs tonight. As the stage lights turn blue it's the familiar chug-chugga-chugga guitar opening of 'Interstate 5' one of 3 tracks from 'Take Fountain' their 2005 return after 8 years under the Cinerama denomination. “We are the semi-legendary Wedding Present ...... Thanks for not watching Ant & Dec, or The Voice UK” says David as a form of introduction. “This one is for John” the intro to 'California' from the record-setting 'the hit parade' album (12 UK Top 30 singles in a year, fact fans).

Greatest 'hits' are played as promised. 'Everyone Thinks He Looks Daft', 'Corduroy' and at the end of a furiously played 'Brassneck' David addresses Melanie “Didn't fancy adding new backing vocals to Brassneck then ?” then explains to the rest of us “Melanie is on a quest to add female vocals to each song.”

One of the two new songs tonight which David says was inspired by the 1960s cartoon 'Wacky Races' is 'Go, Go, Go' a duet with Melanie which adds a different dimension to the familiar Wedding Present sound. There is a T-shirt which proudly proclaims that ' The Wedding Present All Their Songs Sound The Same' except of course when they don't. The second new track, the title of which is debated between the band may end up being called 'That Would Only Happen in a Movie' has a chorus of “In the end of course she falls in love with him” and a Cinerama style feel. The opening stop-start guitar riff is so new that David gets it wrong twice to the amusement of the rest of the band. Well they are out of practice and David does admit to aching fretboard fingers.

Their 'Seamonsters' album has its 30th birthday this year; 'Dalliance', 'Crawl' (from the bonus edition) and 'Dare' from that album are all played followed by a blistering blast through the twin guitar riffage of live favourite 'Kennedy'.

Just before the final track (those familiar with Wedding Present shows will have heard many times that they don't do encores) David reveals that 75% of the band are from Yorkshire, the exception being Melanie, and the Northern component of the band have been amusing themselves with the expression “Do It For Yorkshire!” that being the tag-line from an advert for Yorkshire Tea. David thanks the technical support and that “...it all goes on the Wi-Fi some how.” which causes Melanie to retort “Such a Boomer.” The set finishes on the one track which is sure to be the cause of aching fretboard fingers in the morning being the 9 minutes of 'Take Me!' which is thrashed through with trademark breakneck Wedding Present intensity even without the presence of an audience.

“Be seeing you. Do It For Yorkshire!” exclaims David as they finish the show. Hopefully I'll being seeing you in August David.

The 'Seamonsters 30th ' tour is scheduled for later this year, tickets still available at present. 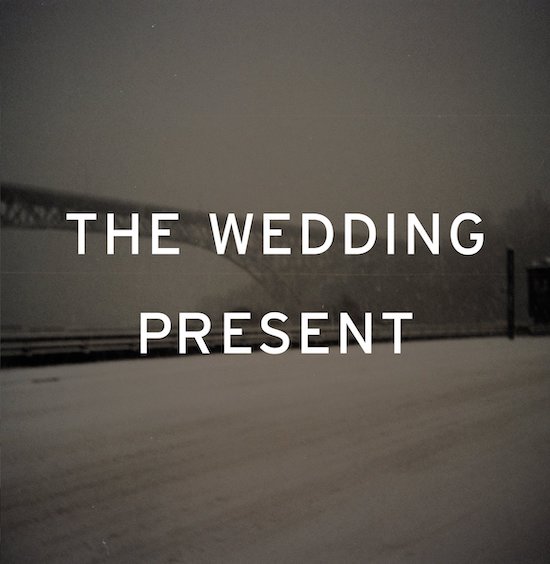