A Q&A with Beth & Toby from Infra Violet

Infra Violet are a new Synth-pop/Electronic duo based in the UK. A collaboration between producer Toby Campen & guitarist singer-songwriter Bethany Munroe they were formed in early 2020.  The duo's debut release  'Polaroid' with b-side 'Naïve' was released in the summer and followed by the single  ‘Water’ on 27th November 2020. We had a chat with the band between the two releases.

How did the process work creating your debut EP?

Beth: In May, Toby got in contact & started sending me these tracks he had produced, & I sat & wrote vocals & lyrics & guitar to sit over the top of some of them. That's how Polaroid & Naïve were written, they were our favourites out of the bunch we wrote together. I mean, we were in the middle of a pandemic, so all our interaction was just endless emails & transfers & video calls & messages, but it worked really well just constant communication & constantly sending improved versions back & forth until the songs were ready for the world.

Toby: I’ve mainly been in rock bands up until Infra Violet, but had always had an interest in more synth based music. I’d dabbled in recording ideas and collaborating with some friends, but having more time at home gave me a chance to really flesh out these ideas into full songs. Once I’d gotten a handful of songs together, I looked for a vocalist and discovered Beth who’s solo music really impressed me and it grew from there.

Who was responsible for the eye catching artwork of the EP?

Beth: I was! Thanks so much for the compliment. I've always dabbled in art but have gotten into digital art recently, it's been so nice to showcase it through this, hope I'll be able to show more soon.

Have you or do you have plans to record anymore songs?

Beth: We're pretty much on a consistent wheel of recording new stuff, we're sending bits & pieces to each other weekly. At the moment we have 2 more songs completely finished & ready to go, & about 6 or 7 others that are being recorded or worked on as we speak.

How easy is it to get your music noticed these days ...? Is a record label deal still a requirement of success?

Beth: Not a requirement but it certainly makes it a lot easier if you have a record label team working with you to make it work, so that would be amazing if we can get hold of that! It's so much work & effort to try & scrape a little bit of attention or recognition it's easy to get disheartened if you're in it for the wrong reasons. A record contract would be great but honestly, we just love what we're doing regardless.

Toby: The music industry is such a constantly changing beast these days that I do think the role of record labels has changed somewhat. Obviously, the support of a label is invaluable but the ability and creative freedom everyone has to release music online now is also amazing.

What  is your favourite environment where the inspiration comes to you when writing a song?

Beth: For me there's no such thing really. I keep a notebook & my phone handy wherever I am, so I can write down & record ideas as & when they come. Little pieces of song come to me all the time, mostly when I'm falling asleep or dreaming, or when I'm running or travelling & slip into that blank daydream spacetime. I then sit down with a guitar & my lyric book when I'm ready, & that's normally in my room, or wherever I can find a quiet spot. Otherwise when Toby sends me his produced tracks, it's a case of just sitting cross legged on my bed with my guitar & a lyric book & warbling away little lines mindlessly until I find the right one.

Toby: It’s a similar process for me, ideas will pop into my head in all manner of places and I just write them down or record them into my phone until I’m able to sit down at the computer and record them properly.

The EP has a heavy 8O’s influence, was the deliberate or it just happened?

Beth: Absolutely. We met because Toby messaged me looking to set up an 80's synth pop project, that influence is where everything else has branched out from.

Toby: Yes it was a deliberate choice but drawn from lots of different influences. I grew up listening to a lot of classics like David Bowie, Talking Heads and Kate Bush from my parents. I was a fan of the Indietronica thing in the 2000’s – MGMT and Passion Pit. I’m also a big fan of the Synthwave movement - bands like The Midnight and Gunship, anything that sounds like the soundtrack to Drive or Blade Runner. Beth also brings her own influences to the table with her fingerpicking guitar style and unique vocals.

If you found yourself on the road as a touring outfit, who would you like to tour with (any other current band or artist), and why?

Beth: For me it would definitely be CHVRCHES, they have been a huge inspiration to me for a long time, and the one's who got me into that modern 80's sound in the first place. I'm such a fan of their songwriting, their lyricism... if I could spend time with them, I'd love to talk music forever & find out where all their beautiful ideas come from.

Toby: I think LCD Soundsystem, they bring the songs to life on stage with lots of musicians and an enormous live rig which looks great fun. Or The Midnight as I love their stage presence and saxophone parts.

Have you chosen rock n’ roll for a career... or are there are still day jobs in these strange times?

Beth: Haha that's a good one, tell me another! It's a lovely thought but rock n roll as a stable financial income doesn't really exist until you get to a very high level. Before the pandemic I was touring the DIY punk circuit as a solo artist, but that was more hand to mouth, crashing on people's floors & sleeping in cars, which was fun. When March came around I've mostly been a hermit, earning little bits from music & recording, but mostly just using the chance to be as creative & productive as I can. Under normal circumstances though, I'm generally juggling a day job in amongst little streams of music income.

Toby: I’m a sound engineer by day, which thankfully is in the same world as music. Beth is also a great producer which means we’re able to self-produce our own material and recording the music can be done at our own pace around day jobs. I’ve been in touring bands before and I grew up around the DIY punk scene in Essex so being self-sufficient is a big part of that ethos.

Beth: I really like the new The Weekend album 'After Hours' it's a perfect zone-out album while you're padding around doing things in the house. I think it was just before lockdown but I came across an incredible band called Fresh, they came out with an album called 'Withdraw' which I absolutely love from start to finish, lyrics always mean a lot to me, and the cheekiness & raw perspective of Catharine, the singer, just really touch me, I love them so much.

Toby: I only recently started listening to PVRIS and their latest album Use Me is very interesting. They have developed a lot over time from a rock band to a more electronic driven alt-pop sound. I’ve also quite enjoyed Seeking Thrills by Georgia, shes a solo artist that mixes electro/pop and some dance elements.

What was the first Album you purchased and where from?

Beth: I think it was probably American Idiot by Green Day. That was a big step in my journey as a guitarist, I'd put on the album & play along with it from start to finish. Even though the rhythm guitar was mostly just simple power chords, once I could play it all it really made me feel like I was a real guitarist. It eased me in nicely until I realised I had a lot more to learn than just power chords!

Toby: Same here with the 3 chord pop punk bands, but mine was Take Off Your Pants and Jacket by Blink 182 purchased in HMV in Basildon, Essex which is still there I believe. 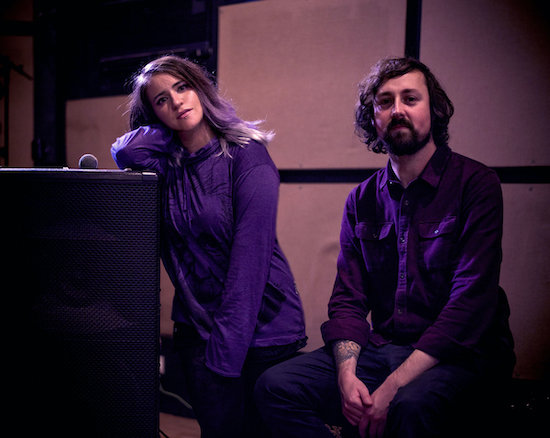