An Interview with Marc Changnon of Light Creates Shadow

Hi Marc, how did the band come together?

It was an organic process really. I met our guitarist Antreo when I was looking to record the first LCS record. He is a recording engineer here in Portland and we had some mutual musician friends that hooked us up. We spent a lot of time together during the sessions and he really got a feel for my songwriting. He ended up playing some slide guitar on a song. Shortly after we started playing as a 3 piece with minimalist drums, going for a Low, Elliott Smith, Carissa’a Wierd influenced thing. I had recently got into bands like Alcest, Caspian, Russian Circles, Jakob and If These Trees Could Talk and really connected with their sound. I soon realized that this had the potential to be the kind of dynamic, heavy melodic sound that I had always heard in my head. We went through a couple of guys in our rhythm section before landing Frank after he responded to our ad for a drummer. It was our only audition and I knew immediately he was the guy, pardon the cliché. My writing has some unusual phrasing and rhythmic time changes that his dynamic and inventive style accentuated them perfectly. Nicholas is the most recent addition and has added more creativity to the bass parts, breathing new life into the songs from a different angle.

What was the ‘Eureka’ moment when you thought musically, this is what we need to do?

I think probably playing “Stented Growth” at a series of rehearsals in the spring of 2014. Some of those jams were 15-20 mins long and were some of the most epic musical moments I have ever experienced. I was going through some heavy things in my personal life that I think everyone was tapping into it. I felt like something special was happening between us and we needed to capture it on record as soon as we could.

What is your approach to creating and recording is it all done live or are there various layers of preparation, before studio time.

We definitely went in prepared knowing that we had a limited amount of time and budget. But it is important to be flexible in the studio because there are so many variables that can change the sessions. “Stented Growth” was a great example of that. At around 11 mins long, it was a massive undertaking for everyone involved. I had to rework all my parts for the last 3-4 minutes of that song, due to some rhythmic timing changes. I think there are benefits to creating and recording in the moment and some artists kick out their best work that way, but for me I prefer to wallow over the songs and let them morph and develop intuitively, over time. If money wasn’t an object, I could see myself spending a year recording an album, experimenting with every sound, technique, piece of gear I could get my hands on. Someday I hope.

How did you come to record at the Modest Mouse Glacial Pace headquarters?

I had heard of Brandon Eggleston through some musician friends and looked him up. He had a really impressive resume that included Swans, Modest Mouse, The Mountain Goats, Pelican and a host of other great artists. So I just reached out in the most professional sounding way possible and sent him some demos and practice sessions. To my surprise he responded right away and was interested in working with us. Getting a good drum sound was really important for us and so I asked him if he had any recommendations of studios in town and he said that he gets a great drum sound at Modest Mouse’s studio, which was invite only. I didn’t know at the time that he was one of the primary engineers on their last record, Strangers To Ourselves and worked out of there on a regular basis. Being a huge old school Modest Mouse fan I was super stoked to have this opportunity. Very grateful to Brandon and Isaac Brock for letting us record there. Everything from the gear, to the main room, to the console sounded amazing. Would love to do our next record there again.

Tell us about your live show, how closely do you get to the album sound and do you change your set often?

I would say it’s pretty close, but we want the live performance to overwhelm the audience with a total sensory experience. The songs are very emotionally and psychologically charged. We pride ourselves on our dynamics that lift you up then try to drown you in nicest way possible (laughs). We also have visuals that accompany our sets that have imagery that reinforces some of the conceptual framework around the band, which borrows from Jungian thought regarding the shadow, synchronicity, dreams, individuation and death. We refer to it as a reinterpretation of the loud-quiet-loud dynamic. We try to weave the guitars in an angular way then reach an epic, post rock climax. I think people have a hard time defining where we fit stylistically or genre wise, but I think that’s a good thing. We have an organic, vintage sound that I think Brandon did a great job of capturing on the record. We still maintain that live, but more kinetic, engaging and enchanting.

What do you hope people hear on the new EP and where do you hope the record takes you as a band?

I hope people genuinely connect with our music. I think the things that motivated these songs are universal themes and that has the power to create meaning for the listeners. I think artistic music needs to be important again on a global scale. There is a generation of kids out there that are being subjected to terrible fucking music that is only in existence to sell you some hollow identity, product or transient mood in order to make us complacent and apathetic towards the power of art and music. We hope that Emerge From The Illusion gives people a glimpse of what is being created out there by great bands and artists that are not being heard or not being given the chance to be heard because of the nature of the business. We feel like our music reflects a lot of the pervasive societal and cultural dysfunctions, namely narcissism and the lack of empathy. It is a reaction to those deficiencies and a willingness to embrace the journey even if it’s covered by darkness. Even if you don’t buy any of that bullshit, at least the record can melt your face off.

What was the record that blew you away in your school/college days that you still play today?

I still listen to a ton of stuff I did when I was that age. My favorite record is probably Siamese Dream by The Smashing Pumpkins. That was a life changer for me. I still think it sounds unbelievable. The production, Chamberlin’s drumming, the emotion, the Big Muff! Just an authentic musical experience front to back. People like to rag on the Pumpkins these days but that’s just because they weren’t there.

Wow, tough question. I would say have to say Marriages, Salome. I love that record. Emma Ruth Rundle’s vocals and guitar work has an immediacy to it. She’s got that sultry delivery and then destroys you with some badass guitar slide riff. That record flows really well too. I’ve seen them live a couple of times and I’m amazed they are a three piece. Huge sound. Big Sargent House fan. Honorable mention: Caspian, Dust and Disquiet.

If you could tour with any other band, who would it be and why?

Tougher question. Sigur Ros. I’ve seen them 3 times and every time it was just devastating. They are the most other worldly band I’ve ever heard. To be able to see that every night would be a gift.

You are an active band on the ‘bandcamp’ site, what do you like about this method of distributing your music?

I dig Bandcamp. Very flexible and immediate. Direct to fan is a benefit in many ways. Being able to buy music in any format at any price gives the artist more control on how they want to distribute their work. 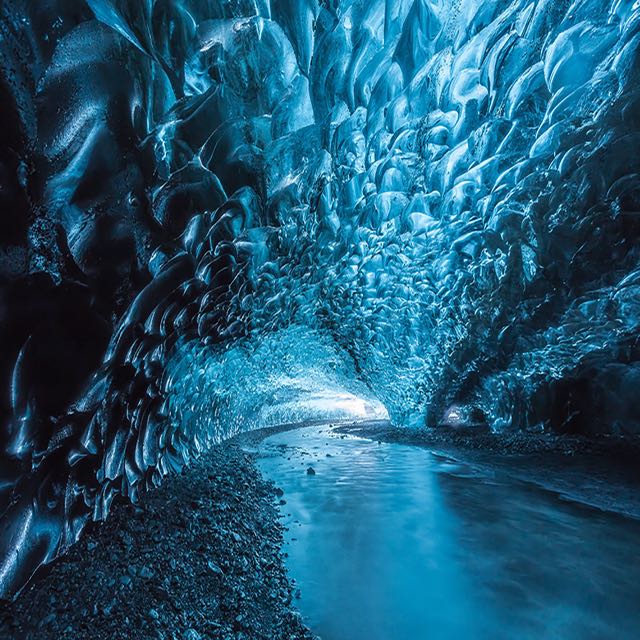