How's life as a musician treating you today?

I can’t complain! I’ve been very busy these days, tour solo and touring with John Fogerty. The new “Mojo Deluxe” record has been getting lots of press and airplay. I miss my wife and my cats an awful lot, but in 6 weeks, I’ll be done with the road for the rest of the year!

When did you start playing the keyboards and what was the spark that led you to play?

At 9 I started taking classical piano lessons. Nothing much happened for the first year, but all at once, something happened, and I became a little virtuoso, almost all at once. After that, they couldn’t tear me away. Around 15 I was corrupted by rock & roll, followed quickly by an introduction to the New Orleans piano professors, and the rest, as they say, is history.

How did you discover your singing voice, has it improved with age?

I started singing because I wanted to write songs and communicate with people that way. I never had the greatest voice, but I always felt it was the best one to tell my story with. And it has most assuredly improved with age!

What is your favorite story from life on the road?

There are way too many to tell! But there was that one time when I took a 6-seat mail plane to this town in the Australian outback and couldn’t get out for 3 days after the gig because the whole town got sick...

What was the first record you brought that you were most proud of and where did you buy it?

The first record I ever bought with my own money was a recording of Beethoven’s 6th Symphony. I bought it at the supermarket - they were selling the “Great Composers Series” 0 one a month, for a buck or something like that. I was probably 10 or 11 years old and I still have that record!

You have played with many famous musicians what one piece of advice would you give to a new band or artist starting out today?

Do it for love, and do it to elevate the music, not yourself. Otherwise, no about if success, large or small, will make you happy.

Where is your most favorite place in the world?

How have your keyboards changed over the years and what was the best one?

For piano, I like real pianos, and that’s what I play whenever I can get one. I’ve done shows and recordings on battered old uprights and 9-foot concert grands and they all have a personality and a story to tell. Digital pianos are convenient, of course, but they don’t excite me much, although there are some pretty good ones out these days. I recently did a series of demo videos for the Kurzweil Forte, that’s a nice one. beyond that, all of my favorite keyboards are straight up vintage 70s. Wurlitzer, Hammond B-3, Clavinet, Rhodes. I missed that era as a player, so it’s been great to be able to finally have access to the old stuff these last few years and get to play them live on a regular basis. When touring with Fogerty I play a 60’s era Hammond B-3 through a Leslie, and a red-top Wurlitzer electric piano. And I have another Wurli that I tour with solo (although sadly I won’t be able to get it on the plane to the UK!).

Music for free? Streaming? downloads? Is it just the road where a musician can earn a crust these days?

For those of us who haven’t had hit records, the road has always been the place to make most of a living. So in a way, it hasn’t changed all that much for me. Although, yes, streaming has taken a big bite out of my sales income. I also do a lot of recording session and arranging (horns, strings, musical theater scores) back in LA, so that’s a good source of income as well. And I get royalty checks for TV music I’ve done. Multiple income streams, and all that. It’s all moving and changing so fast I can’t say how it’s going to end up.

You played Glastonbury in 2013. How was that experience?

It was really wonderful - I hope to be back one day! Although after the show I ventured out of the backstage area to wander the grounds and nearly got trampled by about 50,000 people on their way from one stage to another. That may have been a mistake :-) 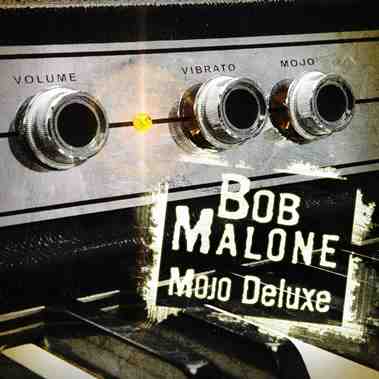