An Interview with Singer/Songwriter Christina Martin

How long have you been playing and performing and what was the spark that sent you down this musical career path?

I took piano lessons and was attempting to write original songs when I was very young, but I quit when I was 10-11 and became an athlete. I dabbled in singing in rock bands and attending open-mic nights when I was a teenager. My father died when I was 19 and for a brief period I wasn’t afraid to try a number of new things, so I moved from Eastern Canada to Austin Texas in 1999.

It was in Austin where I was inspired to sing and teach myself how to play acoustic guitar. A series of strange encounters between Austin and Germany really sparked my desire to try writing my own songs and singing in rock bands.  I got the itch to be on stage and perform pretty quickly in my late teens and early twenties and found myself singing with The Young Heart Attack at SXSW in 2001, soon after I was booted out of that band, but found myself opening for Wilco with my own songs days before releasing my first solo album ‘Pretty Things’ in 2002.

From that point on I wasn’t really sure I could do music professionally, but in 2007 I was back in Nova Scotia and there was a lot of support for emerging musicians, so I was able to dig in and make some shit happen with my second album Two Hearts. Since 2008 I’ve been completely obsessed and committed to trying to make a sustainable career for myself in the music business.

You music has just touched our radar. Tell us how you would describe your music for people that have not heard you before?

I would describe my music as Pop/Rock with Americana influences. My musical influences are pretty broad but what turned me on growing up was what was popular on MTV or the radio. I don’t listen to any current pop or rock, but I remember being mesmerized by Eurythmics, Tom Petty, Tina Turner and during my time in Texas I was introduced to Americana artists like Emmylou Harris, Steve Earle, Townes Van Zandt. Basically I’m a fan of music that makes me feel something, anything, whether it be the lyrics, the music, or both.

I’ll Be Alright’ released this year is your fifth album. How has the recording processed changed from Album No.1 to No. 5?

I’ve learned that I don’t really enjoy the actual recording process, when it comes to tracking. I’m happy to be involved in the later stage of the mixing process, and everything leading up to tracking. I used to enjoy tracking vocals, but now I find that painfully tedious.  However I enjoy singing live more than ever now and want to be a better entertainer.

I love writing songs by myself, and collaborating with other musicians and my producer before actually tracking the songs. I was pretty timid starting out in the studio. With experience and a lot of mistakes, I’ve learned to trust my gut and not be afraid to ask for things. I think I went into the studio more prepared and I took time with each song to really try and create individually strong pieces, and worked closely with Dale Murray and other great musicians to have an overall piece that sounds and feels like an album, that makes the listener feel something.

Are there any particular stories that you would like to share from any on the songs on the new album with us?

Some of what I feel comfortable talking about was expressed in two interview sessions, so people can see some behind the scenes footage of me rehearsing with the musicians who played on the album, recording the album live off the floor, and I reveal some bits about the inspiration behind the songs:

Ironically the recording of the music ran pretty smooth for this album. That was the easy part. There were a number of other struggles, which were not captured on video that really challenged me personally and professionally this past year. I learned that you have to be very careful with who you trust with your business and your money. And for some reason I stopped trusting my gut for awhile… that was unfortunate.

You seem to be on the road a fair bit. Do you enjoy touring and what are main differences being on a UK tour & Canadian tour?

If I’m in one place for too long I start to get really anxious. I’m always working on getting back on the road. It gives me a sense of purpose and I like to keep moving. It’s also easy to feel like a failure when you are not out playing music, I don’t know why, but for me if my calendar is empty I start to feel like I’m not doing my job, or I’m a total failure.

The main difference between touring in UK vs Canada is that in Canada each province is about the size of a European country. You can drive between 8-10 hours to get from a gig in one province to another city if you are doing a National tour.  In Canada we don’t have the population you do in the UK, but we have thousands of musicians wanting to perform. It gets a bit tricky planning tours in Canada.

But there are more similarities between touring in UK & Canada. I noticed in UK you can get healthy food at some of your BP gas stations that partner with Marks & Spencer. That comes in pretty handy when you are trying to stay healthy on the road and don’t know the area.  But you can find great food and friendly people all over, and you can also find terrible food and assholes without trying too hard. It’s always an adventure!

I would love to share a single with Daft Punk. I would probably be a stretch for them, but I’ve always dreamed of singing on dance and funk music.

Now that Apple Music has been with us of a few weeks, how do you think it and other steaming options will influence life as an artist?

It’s too soon for me to say whether Apple Music and other streaming options will make my life more difficult or increase my audience and therefore my ability to sustain myself as an independent artist. I would prefer for people to purchase my full album via iTunes, in record stores, or online direct from my website, because I see a greater benefit and it is easier for me to monitor. I don’t feel that I am paid a fair price for my music being streamed, but I hope that that will change with future policy changes and advocating for bigger percentages of membership fees paid for streaming services going to the owners of the masters of sound recordings.

Tell us about your current band and who are you bringing to the UK next year for your tour?

I’ve been friends and family with most of the people I recorded with on this album. Brian Murray plays drums and is my brother-in-law. He has a great feel for playing Rock, Alt-Country, Americana and other styles… and although he is extremely forgetful, it’s really fun having him in the studio and on the road. We have been working together since 2007.

Jason Vautour has been playing bass on my albums and in my band since about that same time. He is 100% pro, super gentlemen, bringing his broad influences from metal, funk, rock and pop with him to sessions. He is also a lot of fun to watch perform live, and a great overall human being to have around.

Dale Murray is my guitar player, backing vocals, and also has been producing my music since 2007. I’m pretty biased since we are inseparable, but he’s the most tasteful guitar player, and our voices over the years have started to blend really well. Our guitar tones compliment each other, I’m just starting to get my tone now with a vintage Princeton and Duesenberg electric guitar, but Dale is definitely my partner in crime and has been with me through thick and thin.

We had the band touring with us on our last UK tour, but come March 2016 it will be Dale and myself touring as an electric/acoustic Duo. Times are a bit tight and costs double for me to bring the band from Canada to tour in UK. I need to work smarter and sell more albums before I can bring the band back, and that’s a completely different show. I have fans that prefer the stripped down intimate shows and other fans prefer the band performances, but then some people like both. It breaks my heart not to bring my band to every show, but that is something that I can always work towards doing in the future when I can afford it.

What was the first record you ever brought and your last?

First album I ever bought – Don McLean’s Greatest Hits… I bought it because it had a song called ‘Vincent’ on it, and I didn’t know who Don McLean was, but I fell in love with that song on the radio when I was 7 or 8.

How do you approach songwriting? .. When the spark strikes? On tour?

Right now I’m not writing anything, I’m just too overwhelmed with ‘the business’ of keeping my touring and everything else going. Eventually I’ll get back into writing in the mornings, but it’s not always about songwriting, usually just journaling. My journal entries are extremely boring.

If I can simplify my day-to-day then I will probably get back to writing when a spark strikes.  But sparks don’t normally strike me unless something out-of-the-norm is happening in my own life or around me.  I typically will write in my home office, or while I’m in transit on a plane, train or by myself (which isn’t often anymore).

Words and music often come simultaneously, although not always the case. There is no strict rhythm to my songwriting. Sometimes there are stretches where I just don’t write, and not much is going on in my life. During the times I’m not writing music, I’ll try to take guitar or piano lessons to keep my fingers moving and my brain active. 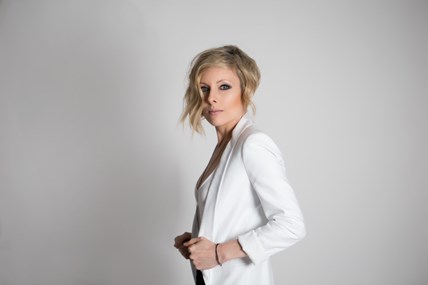