An Interview with Seeming Emptiness - solo project of Kevin Möckel

Can you describe your musical education in Germany, how did you find the sounds on "Conversion”.

I don´t have a real musical education. I had to teach myself in all the things like playing guitar and writing songs. Maybe I have a little talent for that. The sounds on 'Conversion' are a result of the influences of the bands that I love and my way to mix their styles. I hope that 'Conversion' has still a life of it´s own and the band a recognition value in the future.

When you are writing the music, are you thinking about lyrics, even though it’s an instrumental album? Do you have a theme or story in mind for each track?

Yes,when I'm writing my songs,I always have something in my mind which has influence on the sound. Its a  kind of concept I try to follow with the songs. I did not write any lyrics for them,but I often thought about it. Maybe there will be lyrics on at least one song on the next record.

How does the music translate live and do you tour with a band?

Unfortunately I have no live band around me. I think it would be a great experience to perform the songs live. I hope it will happen someday.

What or who are your own musical influences?

I love any kind of atmospherical music,mostly doom and postrock,but also many bands from other genres. The bands which had the most influences on my music are Katatonia,Shape of Despair, Rapture,Opeth,Lycia and maybe Jakob. But these are only the top 6 of many bands.

Is the future a case of more of the same (please) or will the sound evolve?

I think everybody who knows my music will recognize it again, but the sound will evolve. The songs I´m currently working on have a little more modern riffing and seem to become more complex than before. But no worries,It still will be a lot of melody and melancholie in it.

How is the music scene in Germany right now, any bands that we should be paying attention to?

Hmm,I think most of the people of the German metal scene are listening to death - and  blackmetal,but I also think that we have a growing doom and postrock scene here. AHAB and Long Distance Calling for example are two great german bands of  these genres, which deserve attention.

Try to land a Record Label or the DIY approach for new bands in 2015, what do you think works best?

I think in these days there are a lot of  good ways to publish your own music without a Record Label. Bandcamp ,for example,is a great way to sell your music digital or physical all over the planet with very fair conditions. But if you can get a nice deal, you should do it.

Who designed the album cover for ‘Conversion’?

The cover and the rest of the artwork for ´Conversion` are my own work. I really like it to work with photoshop and other editing programms. I think the artwork is an important part of an album and it should already convey you the mood of the music before you listen to it.

What music did you particularly enjoy listening to in 2014 and any albums you are looking forward to this year?

A few favourites of 2014 are 'Earthless' by Doom:VS ,'Sines' by Jakob, 'The Joy of Motion' by Animals as Leaders and 'The Flesh Prevails' by Fallujah. This year I'm mostly looking forward to the new Shape of Despair and Deftones albums.

How far do you plan ahead as a musician and is it a full time job for you?

I don´t know how far I can plan. I set myself a goal and after reaching it I set the next one. Next goal is another album or EP. I would love to make music as a full time job ,but like the most of us, I still have to work in a real job to earn my money.

Seeming Emptiness – Conversion is out now via Fluttery Records 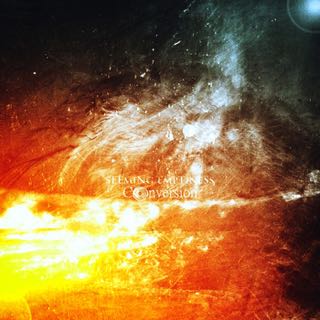