An interview with vocalist Mark Emmerson of The Lucid Dream

How have the gigs gone this month, any other dates planned soon?

Superb, thanks. We have just completed a headline tour throughout the UK and Europe. There has been a notable step up in the crowds in the build-up to the new album. Special mentions for the shows at Manchester, Carlisle, Paris, Vienna and Liege. All top drawer.

So far we have 'one-offs' booked in, and that will be the case for the rest of the year I would say. We play Indouro Festival in Portugal in May, alongside Clinic, The Liminanas, British Sea Power, Lorelle Meets The Obselete and more. Unbelievable line up.

We also play Eindhoven Psych Lab in June, headlined by Moon Duo. So, the one-off shows are more than worth it. We have a few supports to announce in the UK soon too, and more festivals.

How does it feel now that your second album is completed and you have road-tested the songs?

We managed to road-test it at 4/5 shows prior to recording, which certainly benefited the recording. It's weird as the songs are probably more fully formed now, but I think that's probably always the case when a band extensively tours an album. We have purposefully left out material from the 3rd album live, as we are already gathering that people are only just absorbing the new material.

What was different in the studio this time around compared to recording your debut album, 'Songs of Lies and Deceit'?

With this album we went in and did it as an album in one go. The debut album was recorded over 3 years, whilst this one was recorded and mixed over around 4 months. The first album was more a collection of our material over several years, whilst this album was recorded and sequenced as an album. I think it shows, and is without doubt notably superior to the debut. We recorded it so quickly as well, Wayne and I nailed our guitar parts within a day each. I definitely think that the 3rd album should be recorded in the same manner. Spending too much time on a record sickens it both from a production and personal level.

How far do you plan ahead as a band and is it a full time job for you all?

We still have day jobs, such is the nature of the music industry at present. If it had of been 20 years ago, in the times where Creation etc were splashing out crazy money left, right and centre, then we would be doing this full time now. It would be ideal to do that, but perhaps normality and day jobs help keep you creative, grounded and have perspective for when something isn't working.

We tend to plan around 6 months m advance for tours etc. The new record was finished September 2014, but we needed to ensure it had ample promotion time, hence the March 2015. When you put so much into a record you need to give it the respect and push it deserves.

How did the band come together in 2008 and with what aim?

Me, Luke and Wayne have been in bands together from a very young age, so around 15 years. Our old band split in 2006, I spent the majority of 2007 writing new material, and we decided to give a new band a shot. Mike (bass) joined when our original bass player left. Mike was already a fan, the ideal replacement, the rest is history!

Our aims were genuinely just to make great music. We sensed when we started rehearsals for the band that it would only be a matter of time before people clicked how great the material was sounding. We also had other aims like to receive a play on BBC 6 Music (we've had around 30 plays and 2 sessions on the station, so we've achieved that!), tour Europe (which we have done 5 times), and support our idols (so far we've played with Clinic, Spectrum, Death In Vegas and many more). The only things we haven't achieved are to tour USA and have a Maida Vale session.

How do the ideas of a song first spark? Do you have to be in a particular place physically or mentally?

It's crazy, I never write under the influence, but I struggle to recollect writing a lot of our songs! I guess that's kind of the impact of the process. I wrote most the 2nd album in a very productive week. Then, when you take the songs to the lads it all just fits perfectly. Each of them gets it 100% every time, and lays their own stamp on it. If this line-up changed then the band wouldn't exist, simple as that.

What would be your own description of the music you make be for people yet to hear your band?

A melting pot of everything - psych, garage, krautrock, dub, 60s pop, noise. It doesn't rest easy with me being 'labelled'. We get the 'psych' thing most of the time, and I can see why, but that doesn't tell a fraction of the story.

What was your favourite Album of 2014?

A tie between Morning Phase (Beck) or Atlas (Real Estate).

How important do you think it is for new artists in 2015 to find a label?

Not at all. We hit a brick wall so to speak in 2010. We had no label anymore, and took it upon ourselves to finance our own 7"s, backed with press campaigns. It wasn't cheap, but we reaped the rewards in the long run, and as a result we gave behind able to work with brilliant labels from then on.

How is the music scene in Cumbria today, any artists emerging that we should investigating more?

Cumbria isn't an area so much for the stuff we are doing, but special mentions to Fading Face, Kontiki Suite, My Little Brother and Colt 45, who are bossing it in their respective areas. Cumbria is a huge county, but sparse too. It is criminally ignored. People only seem to pick up on bands 'originally' from South Cumbria (British Sea Power, Wild Beasts, Woman's Hour), which is only the tip of the iceberg. 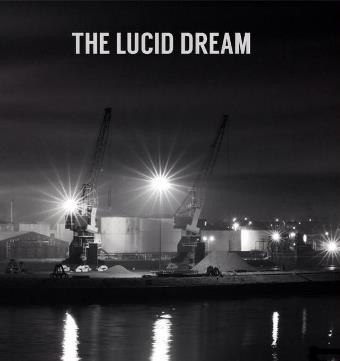 CD/Digital via Holy Are You? Recordings
Coloured vinyl via The Great Pop Supplement