An Interview with K. Craig & David Armes of Last Harbour

Third album done and dusted, how does it feel being in a band in 2015?

D: To us, it feels good. We make the music we want to make, the music that feels true to us. We respect one another and are always excited to hear what we are able to write. I can't speak for any other bands though!

'Caul' was recorded in your own studio, how was that experience and what drove the decision to create your own recording space.

D: The studio is owned by James who plays viola, synth and guitar in Last Harbour. He has a pathological addiction to acquiring old gear and had outgrown his home studio, so we all pitched in to build a new space. It felt pretty surreal to be recording music that is personal to us in a space that had been a building site only months before, but also pretty special, like building an ideal home to live in. It allowed us the time to perfect the songs and arrangements, to experiment and test out ideas and for reflection too - you can't analyse what you're doing necessarily at the moment of creation, so a little luxury of time was invaluable. Of course, the record still needed to be finished and that's where I come in, waving around billboards with deadlines and lists, shouting the odds. Every band needs a benevolent dictator.

K: Building the studio was part of building the record. We were writing and rehearsing in the shell of it, as walls were added and equipment was brought in. The luxury of time, of having a base we could walk into, was something we’d never really had before. It was a D.I.Y aesthetic - in every sense.  It gave us somewhere to retreat to, to separate us from everything and lock ourselves away. I think we thrive on that separation. We’re not fashion followers. We’re not scenesters. We’re privately flamboyant.

What was the spark for the ideas of the themes on the record and how would you describe your music to new listeners?

K: Firstly, for this album-  no love songs, songs about love or songs about the loss, absence, power, joy or arrival of love. Nothing. That was my intention from before the writing even began. I had absolutely no interest in writing something like that. Once that decision was made, it was a relief. It can be a lazy subject for songs. The whole world of themes opens once that is gone. So the themes developed from there. The songs are, on the whole, based on true events. ‘Guitar Neck’ is pretty much fact. ‘The Pressure’ is fact. ‘Before The Ritual’ is fact. Thematically, there is a plan- it all fits together, from start to finish. I’ve got the map. But I’m not showing you.

As for describing the music, I think we’re a little too close to it to be able to do that accurately. People have said ‘Cinematic’. So I’ll just repeat that. ‘Cinematic’.

D: Our former drummer Huw has a failsafe way to describe bands: "It's like the Velvet Underground, only a bit more/less..." Everyone knows the Velvets so you just add a little twist and, hey presto, awkward conversation over.

Who designed and what was the inspiration for the cover of the album?

K: I designed it. I wanted it to reflect some of the themes and arrangements of the album. So there are bits of modernism in there (David’s photographs of Preston Bus Station).  Then there are photographs of the Holloway Wall, a fairly forgotten 1968 Modernist structure in Manchester, designed as an acoustic shield. So that Modern Utopian idea, hidden away and a little disregarded. Then a piece Baroque sculpture. All collaged together in the same way that those influences and sounds are collaged on the record.

Was there any new instrumentation or recording techniques tired on 'Caul' that were new this time around?

D: We used a lot more analogue synths - the Juno 6 and the Roland SH09 are all over the record. A drum machine appears on 'Guitar Neck', the same type used by Suicide. Probably more guitar FX - I finally found a way to use an ancient Autowah without destroying the songs. Less in the way of acoustic strings though our old violinist Sarah did join us for one session and added some great parts in super-fast time. And the backing vocals from Claire Brentnall (of labelmates Shield Patterns) and Anna & Tammy were a new experiment too. We're especially happy with their doo-wop parts on 'The Promise', which is by far and away our most ambitious song. We think it worked.

K: We had Michael’s bass in a cupboard, a microphone in a mug for drummer Howard and Gina played a loaned piano which was worth more than my life. We spent some time experimenting with touches of distortion and effects on the vocals. Various 80’s delay units and spring reverbs. We have a six and a half foot piece metal air conditioning unit- ‘the ductaphone’, through which we forced the vocals. I cannot hide my love of reverb and delay. Without guidance I would have reverbed the delayed reverb, through a delay pedal. Then added a  further swamp of reverb. I was advised on subtlety.

Are there any bands past or present that you draw inspiration from and what was your favourite album of 2014?

K: There was a fair amount of discussion early on about what we were listening to. Roxy Music’s 1976 live album ‘Viva!’ was major for me. Like so much early Roxy it has a real drive and power and elegance to it, but with a fraught, harder edge. Late 70’s Bowie was discussed a lot. There’s a breadth of bands which inspire us individually. Within that there is some crossover. Keeps us on our toes. Record of the year is easy. Scott Walker + Sunn O))).

If the band could choose to be on the cover of a magazine which magazine would that be and why?

D: With our faces?

K: The Fortean Times or The New Scientist.  Preferably both within the same month. It’s  the real news.

Just how difficult is it to earn a living wage from being a musician these days and where would you say are the bands strongest fan base are domiciled at the moment?

D: Extremely hard but I'm not sure the fact that it's hard is any different from decades past, more that it's 'how' it's hard is different. We don't earn a living from this nor do we expect to. I think Steve Albini might be right when he says that very few people should expect to earn a living from their artistic endeavour, but then I'm guilty of usually thinking Albini is right. You might earn a bit and of course it depends on definitions of what 'a living' is. The corny answer is: Do it because you have to. It's also true.

K:  I don’t know about fanbase, but we have some really nice European supporters. That’s quite a wonderful thing.

'Caul' is being released as a digital download, a CD and on vinyl. What is your preference?

D: To be able to let others hear the music is enough in itself.

What one piece of advice would you give to anyone starting out on a music career in 2015? 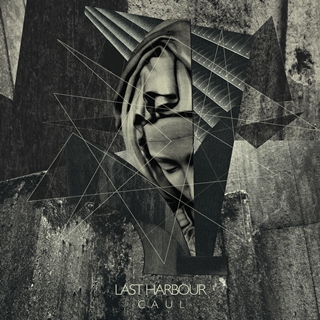