Third album done and dusted, U.S. Tour on the horizon, how does it feel being a musician in 2015?

That’s a good question, kind of a funny question – I don’t know if there’s anything else quite like being an independent musician in this day and age, in this society. So much of what it is is so nebulous and indistinct, fleeting and non-repetitive in a way – which, in that way makes it seem like a perfect metaphor for the quintessential human life actually. You definitely have to be (or become) pretty good at defining meaning for yourself, which is something I’ve worked on my whole adult life. I was just reading something written by a music publisher, he was talking about the so-called de-valuing of music, which is something I’ve certainly thought about. Talking about how, like, if you walked into a Bentley showroom and said, “hey can I just pay what I want for this blue one?” – you know, how that would go over.

How the term file sharing is kind of a joke, a real cop-out, a gloss-over, like it should really be called willful copyright infringement or file stealing, and I just had to laugh. All that is so far from my daily reality. I mean, on one level all that stuff is true of course, and is obviously very pertinent to my specific life, and if I really started to think about it I’m sure I could get pissed off about it – but really, when I talk to myself it’s much more like “well, I’m just fine. I feel incredibly fortunate to be able to spend a lot of my time doing exactly what I want to be doing, and growing at it and in other areas, moving in the direction I want to move in.” You know, and I have this very long-term view of things anyway. I always have. That’s a good thing for a contemporary indie musician to have. Well, for me it is anyway.

It's been written that your new album is a significant change of direction that has come about since you entered your thirties. Is that something you can expand on?

Well, as far as I can tell, there have been marked shifts in both the content and the sound of the music from my first two albums to this one. And as far as me being in a different stage of my life, I think that pertains primarily to the lyrics, or what the album is “about” on a textual level. If I think about the kinds of thoughts, ideas, feelings, observations that I was having during the course of writing this record, I would agree that the sensibility, overall as well as the specific kinds of problems I was trying to work out or address in these songs, are those of my life in my thirties, and much less about the specific things I was worrying about in my twenties. Of course, I think there’s certainly a degree of overlap – me being the same person, just a bit older – but I would agree this is a document of a slightly more matured person, and mindset. And with respect to the other part, the musical, or more formal half of the record, I’d say it’s only natural to want to change as an artist. I certainly wanted to on this one, and I intend to on every one. I’m really looking forward to doing something very different on the next one in fact.

What was different in the studio this time around and how long did the process take from writing the first song to the album hitting the shelves?

It was a very different process this time around. The largest difference was that Godfrey Diamond and I rehearsed the foundation of the band, the rhythm section, before going into the studio to cut basics. On the first two records, it was my voice and acoustic guitar that made up the bed tracks on top of which everything else was added. And the other huge difference was having the Alomars (Carlos Alomar, Robin Clark, Lea-Lórien Alomar) and Gordon Grody create this family feeling when we did the background vocals, which are the other crucial part of how the record turned out. That was something incredibly special, and totally unique to this album. I wrote the first couple songs a good while before I wrote the rest of the album, and probably a solid two years between that first writing and the album being released. It’s always my wish to close that gap. My dream is to someday write something and record it immediately.

How does the spark of an idea arrive that drives you to write a new song and what comes first, words or music?

Generally speaking it’s music then words for me, although there have been a number of exceptions to that rule, including three or four of the songs on this record. Accordingly, the initial impetus for a song can either be a musical figure, or a lyrical one. Occasionally they’ll happen simultaneously.

Do you ever write music with an eye to whether it will sell or have popular appeal?

No, I just think that the music that has always touched me the most happens to be somewhat conventionally song-structured songs, and probably mostly those with great, personal melodies. I also think that as I do get older, I’m really drawn to the idea that the best music, the best anything for that matter, is possibly that which a two or three, or maybe five or six year old could most naturally relate to. You know, less thinking, more feeling. That’s after all what made me love music in the first place. In any case, my music doesn’t sound to me like anything I’m hearing on the radio these days anyway.

Any chance of any U.K. dates this year?

Well I would very seriously love to but not surprisingly it’s going to come down to finances. Another one of those “real” realities of being a contemporary DIY indie artist. You have to make decisions like “branch out into new touring regions, or promote the new album.” But it is among the highest items on my list to get over there already. Please let your club-owner / show-booker readers know that if they are willing to cover my expenses, I am there.

Who designed and what was the inspiration for the cover of the album?

I designed it, and I think a good bit of the inspiration came from the notion of moving (sometimes expressed as driving), which is a theme dealt with throughout the album, in some songs more than others. Songbird, which starts out the album, is probably the most concrete example of this, and that probably also has something to do with why I put that imagery together in that way.

Not much in the way of down time, per se. When I’m not doing music in whatever form, I work in film and video in a variety of capacities, have done just about everything over the years – shoot, write, edit, direct, produce. And as far as free time, the best of all is when I can get away with my wife, anywhere, as long as we’re alone together. And during my solo free time, whenever and wherever that is, I write songs. I also love to read and do so a good amount. I think this has definitely increased in my thirties. Oh, and movies. I’m obsessed with going to movies in the theatre. I go by myself all the time.

What one piece of advice would you give to anyone starting out on a music career in 2015?

Do what you’re drawn to the most, what excites you the most, and do it as much as you can. And surround yourself with good people!

What was your favourite record during school/college time that you still play today?

There are a few but Peter Gabriel’s Us always seems to stick out. Increasingly, as I get farther away from the time when I listened most intensely, which was in college and the couple years after, I’m struck by just how much that period of his career heavily influenced my relationship to music and songwriting at a very crucial stage in my development, and to me those influences still show up regularly. That record and period of his had a profound influence on me. 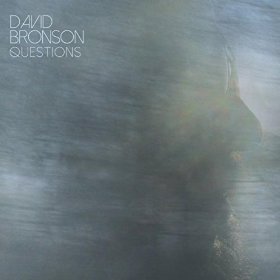