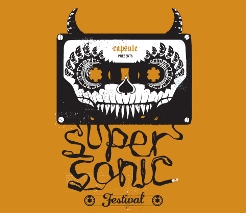 Our fourth visit to the for the End of the Road festival reveals a few changes. New main stage (Woods), new pathway and entrance to the site from the car park (which was the only real negative issue all weekend, being a trolley-busting experience ma up of large sharp rocks) and a new layout meaning a wir expanse and no overcrowding on the site. I would guess the capacity was around the 8,000-10,000 mark and still a ‘small’ festival...

A great selection of food and a brilliant selection of beers and just like the Green Man festival, a nice, friendly mix of people of all ages. What everyone had in common was with an appreciation of the music, their surroundings and fellow festival-goers. I really cannot recommend this festival highly enough along with Green Man - they are both just perfect weekends, whatever the weather.