An excellent one-day festival in indoor venues in Hackney. We managed to secure our tickets at £25 each so excellent for money in terms of sampling current music, both up-and-coming and established. The five venues are within a 10 minute walk, with biggest acts at Hackney Church. Formerly known at St John’s Church, it has a had a significant facelift with widespread reparations to the interior décor and is clearly now principally a venue rather than a place of worship. Sadly they haven’t got the acoustics right yet. Headline act Black Country, New Road had a morning sound-check which allowed the balance to be ok for their set, but there were consistent comments about poor sound quality for most acts during the day.

No such problems at the other venues we visited like the established Oslo club or the newer Paper Dress Vintage. Alongside visits to the nearby Hackney Brewery Tap we were able to enjoy lots of good beer and bands.

A sizeable crowd greets the first band of the day, the bouncy 5 piece Home Counties. With a touch of Sports Team about them, and a large dose of cowbell, they get the audience smiling and dancing, with the political pop of ‘Back To The 70s’ going down especially well

With a 4-piece band in support and showcasing songs from her excellent 2022 album ‘When It Comes’. The sound was unfortunately rather muddy but the beauty of her tunes shone through.

Some technical problems meant that their set was slow to get going (apparently they’re getting a real drummer ‘as soon as we fucking can’). With sounds ranging from Joy Division to The Smiths this was an entertaining listen but we were left thinking how much fresher their sound could have been without the technical difficulties.

Lots of energy from this South London 5 piece, whose sound ranges from hip-hop to electronica to rockier Rage Against The Machine vibes. Reminiscent of Wu-Lu in places they bounced through their set and will be worth keeping an eye on in the future.

Smiley girl punk from Texas. Set off at a frenetic pace before slowing it down for a couple of songs ‘for the sad ones out there’

Superb set. Full on moody guitars with bass guitarist front and centre and shades of Wishbone Ash. The ‘spoken word’ tunes from recent album ‘Return’ were delivered with panache, Brought the set to a close with second best song off the album ‘Doomcrash’ (apparently saving best song ‘American Metal’ for longer festival sets later in summer).

For Those I Love (Hackney Church)

For Those I Love is a musical project from David Balfe. Released in 2021, the album is an intense listen, and the words are everything; so was looking forward to seeing the live delivery. DB is on stage on his own, all music being pre-recorded. His delivery is, as expected, captivating, each song backed by striking visuals. However, the acoustics in Hackney Church did not present the music in the best way, the vocals were so echoey that it was very hard to hear the words. So whilst it was a mesmerising performance without hearing the words this time round, I really need to see him again to fully engage with the show.

Having listened to his recorded material, the live sound was less wailing and far more guitar. And what a guitarist. Some debate amongst the assembled about whether the tunes were a steal from Santana or a Hendrix tribute (I personally felt more the latter) but entertaining whatever.

This is a band in transition since chief lyricist and vocalist Isaac Wood left earlier in the year. They have publicly stated they will leave behind the material from their first two albums; so tonight each band member (incl absentee Georgia) were bringing songs to the table, resulting in a diversity of style, with a preponderance of female vocal and saxophonist Lewis playing more flute. One of the most striking contributions was from keyboardist May taking up the vocal and simultaneously conducting the flute and violin parts before picking up the accordion Set finale was an extended mash-up along the lines of what we’ve come to love about this band; so maybe a peek into their future shape as they establish their ‘post Isaac’ collective sound.

Early Bird tickets for next year’s event are on sale now. It's well worth marking 22nd July 2023 in your calendar now for a day out in Hackney. 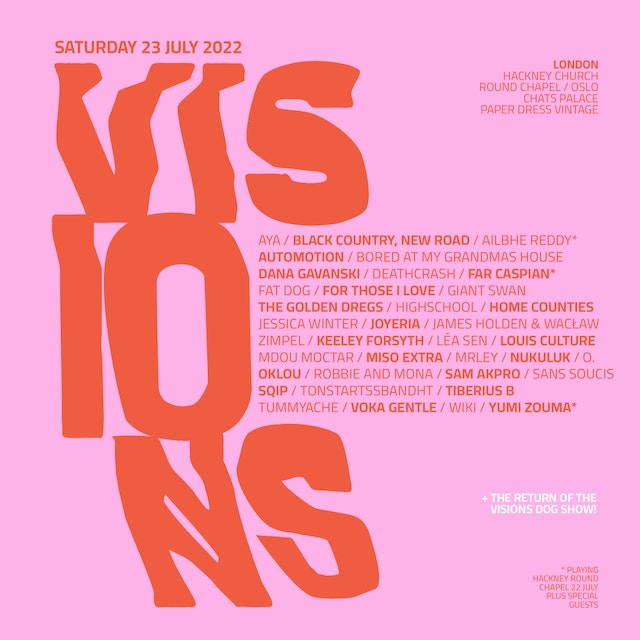