Our first experience of a ‘holiday-camp’ festival, booked on something of a whim in October when we spotted Black Country, New Road were included in this extravaganza at Butlins and we figured the mid-January scheduling would be a good event to shake off any post-Christmas blues.

Very well organised. Butlins are clearly experienced at doing a good job of looking after everyone at a music-centric event – this is one of a series of festivals they run this time of the year – the following one was the ‘Ibiza Weekender’. Talking to staff, they gave the distinct impression we were a benign audience compared to the 24-hour party crowd expected 7 days later.

Our accommodation was a ‘silver’ chalet; the lowest grade I think, but perfectly comfortable (think Travelodge Room) and only 2 minutes from the action.

28 bands on from Friday evening and all day Saturday & Sunday, split across two venues both close to one another, and no clashes in the scheduling so plenty of opportunity to maximise value for money. Other stuff going on too including band talks, DJ sets including an early afternoon session on Saturday featuring just Bowie material.... and with the lunchtime pints of Blue Moon kicking in I was easy persuaded to have an ‘Aladdin Sane’ face-paint which lasted pretty much intact through to the late-night Steve Lamacq indie disco which finished at 3.00 a.m.

And so to the bands we enjoyed:

Bellatrix - Belle, dressed in a lime-green dayglo suit a couple of sizes too big. Great on the visual impact front. The audible impact was less striking. With band of guitar/keys and two drummers (one standard, one electronic). To be frank, might as well have been a synth backing. Despite all that, showed some signs of a striking voice in some places, never more than in the final number which, due to a technical hitch with the drums they couldn’t do the planned song so Belle treated us to a beat-box number, fantastically executed after telling the sound man to “put as much fucking bass as you can in this mic”.

Trupa Trupa - 3-piece guitar band. First song delivered with a Germanic rock rhythm, following which the guitarist and main vocalist announced (in a very Germanic accent) they were ‘from Central Europe ’ ... and we only have 30 minutes so let’s get on with this”. True to this mantra they crammed in nine punchy songs, each simply announced with “the next ones’ [insert name]”. This was a compelling punk/prog mix up, most songs with limited lyrical content as in ‘Long Time Ago, Long Time Ago, No one, No one, No one’

Young Knives - a favourite from the noughties indie era, the band are back now with two drummers (new addition Tara). Reminded us how experimental they could be and of their no compromise attitude to live performances. So minimal evidence of any of their former hits or latest 2012 LP ‘Sick Octave’

Black Country, New Road – as expected, an early highlight. This fantastic 6-piece band are in the midst of a growth spurt and needed more than the half-hour allocated to properly showcase their excellent range of jazz-infused freak-zone material. With a position pretty much front and centre, I was delighted to be pushed out of the way by a lady during the opening bars of their ubiquitous song ‘Sunglasses’, demonstrating their vibe is unquestionably permeating all corners of the music-loving world.

Soak –a slightly more pop-ey vibe than others on the bill by this is an accomplished artist who skilfully and beautifully developed her tunes to build a compelling and thoughtful set.

John Cale - displaying his vast vocal style, took us through Roy Orbison, Nick Cave to Bowie and Ferry. Played a varied set, the highlights for me being the psychedelic sections. A legend not resting on his laurels. Finished with Velvet’s ‘I’m waiting For The Man’

Scrounge – second time I’ve seen this duo (Lucy & Luke) who deliver a guitar/drum combo in Drenge style and certainly pack a punch. Drums are side-on and this is high energy throughout. Ones to keep an eye on for the 2020 festival season

Penelope Isles - another band that needed more than a 30-minute slot. Half an hour simply doesn’t give them a wide enough canvas to display the range of styles that feature on excellent 2019 album ‘Until The Tide Creeps In’. If there are admirers of that album that haven’t seen this band live I would strongly urge you to get along to see them. The live renditions of these tunes have seen a metamorphis into dirty rockin jams, particularly on set-closers (which they commenced 15 minutes in) ‘Cut Your Hair’ and ‘Gnarbone

Sweet Release of Death – noisy thrashing guitars which you’d expect would be accompanied with screamo vocals, but the female singer didn’t shout a single word, presenting an interesting and subtle angle to this vibrant set

Our Girl – Sophie (Big Moon) is surely one of the most hard-working individuals on the indie scene. ‘Our Girl’ is one of her projects that run alongside Big Moon. An acclaimed album in 2018 but I feel the live performance lacks a certain spark.

Self Esteem – This is the new band of Rebecca Taylor (formerly Slow Club), throwing off the shackles that ultimately made her feel constrained in the former duo. An excellent and vibrant performance. Somebody parachuting into the event could be forgiven for thinking they’d landed amidst a mainstream pop gathering but the songs on the 2019 ‘Compliments Please’ album have hidden depths both lyrically and musically, creating a beguiling live set.

Peter Perrett – his 2019 release ‘Humanworld’ was a mid-December release so passed by my ‘Top Tens’, otherwise would have been a strong contender. Superb renditions of those songs plus a couple of ‘covers’ at the end of the set including the crowd-pleasing ‘Another Girl Another Planet’. Great to see a rock master at work, and as if we needed reminding how long quality rock n' roll has been around, today, he announced, "was his 50th wedding anniversary"

Eyesore & The Jinx - four piece guitars, from Liverpool. First time I saw them my comment was ’I’m not sure they know what they want to be’. Second time out and I’m still not sure. On record they present an in-yer-face, no-holds-barred repertoire as on ‘On An Island’ and ‘Swill’. Their live performance seems to dial the energy level down rather than up (in contrast to yesterday’s highlight Penelope Isles)

Life – from Hull and proud of it. Politically charged and lyrically challenging songs – today’s set mostly from their 2019 offering ‘ A Picture Of Good Health’. But for me the striking and entertaining appeal here lies in front-man Mez, one of two brothers in the band (Mick is on guitar), constantly making shapes with hands and arms and possessing of a wry, almost cynical look from his eyes as he spits out his left-wing rhetoric. Fantastic entertainment.

Brix & The Extricated – formed in 2014 and comprising ex-Fall members Brix Start-Smith belting out vocals and Dave Hanley on bass. Fitted well with this festivals bill featuring a number of classic acts

The Wedding Present – large evidence of a loyal WP following given the number of t-shirts on show. So I suspect this band were a highlight for many. Glad to say it was also a highlight for me. A varied set with elongated and intricate guitar breaks. Quality indie rock

Fontaines D.C. – having been performing the tunes from ‘Dogrel’ on repeat last 12 months FDC’s continued energy and musicianship can’t be faulted. Next step in their development must surely be working further on their stagecraft. The brooding pacing of the stage with zero in-between song banter has served them well so far, and yes we get the anger they want to display through their songs, but as they start to inhabit larger stages across the festival season I think they need to give attention to some crowd engagement. The 90-minute slot was always going to be a challenge to fill..... they actually did 50 minutes allowing the energy to maintain, and included ‘Dublin City Sky’ the Irish folk-style number which closes the album, a brilliant juxtaposition to the remainder of the set which saw the liveliest crowd of the weekend. 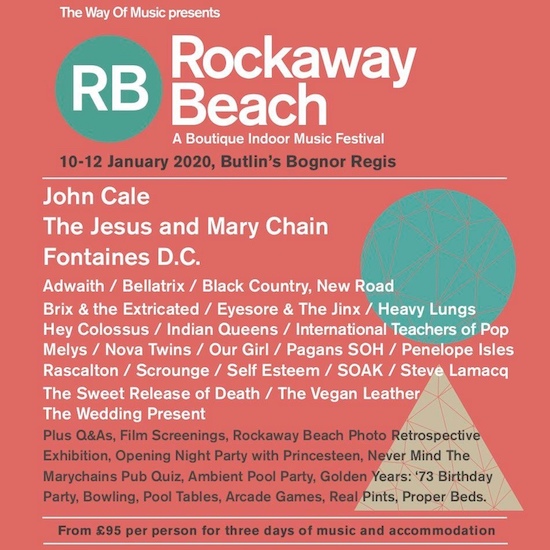