It's Wednesday and we are feeling good. It's sunny and warm and it's time to check out some bands on a patio We are off to Cheer up Charlie's It's another 2 stage Venue. First up is Control Top on the inside stage. They are an intense 3 piece ..polished and loud led by yet another dynamic young woman. She screams as much as sings but it's rather tasty. Frenetic guitar work and feedback make sure you pay attention but it's a lot this early.

Outside it's the sunny patio and illuminati hotties. This American indie pop/rock band are a lot of fun. Songs about personal debt and certain body gasses are whimsical and powerful and the band is great. Another great female lead singer who is loveable as soon as she starts singing and telling stories. Waves of surf pop and more tempo changes suit the sunny outdoor stage and it's a delight

Empath are on the inside stage and they are a big sounding 4 piece atmospheric punk band from Philly. At times trippy and droning and loud and at times abrasive..it's quite the shift from the summery feel to the outside stage Sidney Gish is up on the outside stage and she performs on her own. She sings some lovely, charming indie pop as she strums her guitar. Perfectly suited to a sunny patio, she sings beautifully and is witty and charming and it's refreshing.

We now wander over to British Music Embassy at Latitude 30. The showcase is in full flight and we get there just in time to see Saint PHNX. This is a Scottish power trio, they are glossy and big sounding with comparisons to bands like Kasabian, and Imagine Dragons...it's a very polished sound and they get quite the sing a long going with the crowd.

Orchards are up next. While 3 members of the band stick to the stage, the lead singer is not so restrained. She goes everywhere. It's a alt pop band similar to everything, everything and bloc party..they are big and bouncy and fun to watch and full of energy.

More energy is coming up next and it's The Dunts. This Glaswegian punk band are 4 guys who love to play and they are great to watch. It's a indie rock/punk blend that has the crowd bouncing around. They have been around for awhile and it's clear they enjoy playing together....great little treat before dinner

Up first is Howl & The Hum. This Yorkshire band is very sweet sounding. The lead singer has a voice..it is stunning..at times he reminds me of so many British singers it's hard to keep track and it's a wonderful blend of sound from the band. Crunchy guitars and lively interaction between the 4 of them and while there are so many influences in their sound, it's a fantastic and lively mix and their funky form of indie pop is a great start to the night

Another ball of energy is up next and it is Georgia. Having seen her previously, I knew this would be another fun little set. She stands and sings and beats out some rhythms and some synth loops and this dance pop is rather fun to experience. You can't help but bounce around a bit and the only break you get is a short break she takes to welcome her close friend Wayne Coyne from Flaming Lips on stage to give him a hug. Soon she is back to it. It's fun

A bit of a change of pace is up next and it is SMOOTH. Grace Carter is up and she is a new Brighton based soul/R&B singer. Grace Carter has a stunning voice and she clearly sings from the heart. Her song writing skills are evident. She has a style and grace that indicates to us that combined with her extraordinary voice, this will be one of the smallest stages this young lady ever plays. It's beautiful to listen to

The next artist up has a challenge on his hands to follow Grace Carter but it's no problem for Sam Fender. The 2019 Brits Critics Choice winner is absolutely amazing. Sure his voice is stunning, and his songs are brilliant but together with his band...it's a full sound that is quickly a highlight of the festival. His songs are about everything from mental health to toxic masculinity and he sings with a passion that is so very endearing.

When he speaks to the crowd he is humble and passionate and it looks like the adoration he feels from the crowd is appreciated. When his band leaves the stage and he stands alone to sing the final song., you can't help but be mesmerized. You hang on each word and we would prefer he stick around and sing for a bit longer. His blend of radio friendly indie pop rock with a slight punk edge means he can appeal to many and I believe it's stadium shows for him and his band soon

The crowd dissipates quickly as many were here for Sam but Big Joanie do their best to please those who stuck around. This is a complete change of pace,  feminist punk artists, 3 of them on stage..bigger then life attitudes and some pretty clever songs. It may not be as sweet as Sam but they work hard to get their message across and it's a solid set

Last band of the night is Another Sky. This 4 piece are led by yet another dynamic young woman with one of the most haunting voices I have ever heard. Catrin Vincent doesn't just have a stunning voice..she seems to have many of them. She sings at different levels and tones depending of the songs and it's very very unique. This brooding band perform with very little lighting..they play in the dark..and it's atmospheric and operatic and the 4 members work well together to create this rather intriguing sound similar to the XX and a few others. It's a rich full progressive and intense indie rock/electronic set and a great way to end the night. . 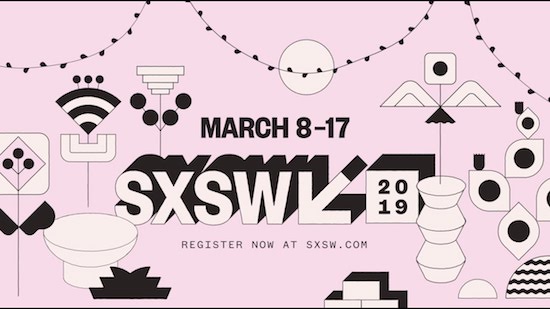