t's often said that the environment influences the art produced from it. Blood Red Shoes (BRS) explained during a recent Tim's Twitter Listening Party (TTLP) that 'Ghosts On Tape' was written in Downtown Los Angeles close to the area where serial killer Richard Ramirez (the 'Night Stalker') committed some of his crimes, and they confessed their love of true crime podcasts and documentaries you understand how the environment may have influenced this darker, moodier 6th full length BRS album.

The intro to opening track 'Comply' is played on a digital piano and signals a departure from the signature BRS sound of blistering guitar riffs, thundering drums with big vocal hooks into a musically denser, more varied feel with the keys and guitars driving the songs hooks. Steven Ansell's (drums/vocals) vocal on 'Comply' becomes increasingly desperate as the track builds “I will not comply, I will not comply.” The creepiness is amplified by the accompanying disturbing video which has a Stockholm Syndrome theme (in which a hostage develops a bond with their captor) as explained during their TTLP.

Single 'Morbid Fascination' which features Laura-Mary Carter (guitars/vocals) on lead vocal was written on laptop, the digital piano and a 4-string telecaster has a Depeche Mode feel with the repeated vocal motif of “ Is it true ? Is it true? Silence never felt so cruel.” 'Murder Me' follows the more traditional BRS sound and the vocal line “I've been watching you” continues the dark, stalker themes which extends into 'Sucker' ”I'm a sucker for your love” sings Laura-Mary but not in a positive sense.

At several places there are short instrumental transitions in which static, feedback and distortion are used to maintain the unnerving, eerie mood.

There's a stadium-filler, glam stack-heeled boot stomp, feel similar to Muse's 'Uprising' to 'I Lose Whatever I Own' but with a much darker lyric “what have you been waiting for, I've been lying on this bathroom for for hours, and nobody came” sings Laura-Mary in a menacing way. 'I Am Not You' persists the feelings of desperation in the chorus as Steven screams “I am nothing like you, No I'm nothing at all” the keys in the end passage again reminiscent of Depeche Mode.

Final track 'Four Two Seven' has a stripped back, bare accompaniment of handclaps and knocking and feels like coming up for air after the dense, suffocating atmosphere of the rest of the album. The disturbing atmosphere however persists in the chorus “I'm scared to let go, the hurt's so comfortable, the place that I am chained, is the place I'm doomed to stay.” In the final line “doomed to stay” is changed to “choose to stay” again building on the impression of Stockholm Syndrome.

'Ghosts On Tape' is a intense, demanding, wonderful album which sees the duo expand upon the feel of tracks like 'Howl' and 'Elijah' from their 2018 album 'Get Tragic' into a denser, deeper, darker world in which the Blood Red Shoes are a considerably more bloodier shade of red. 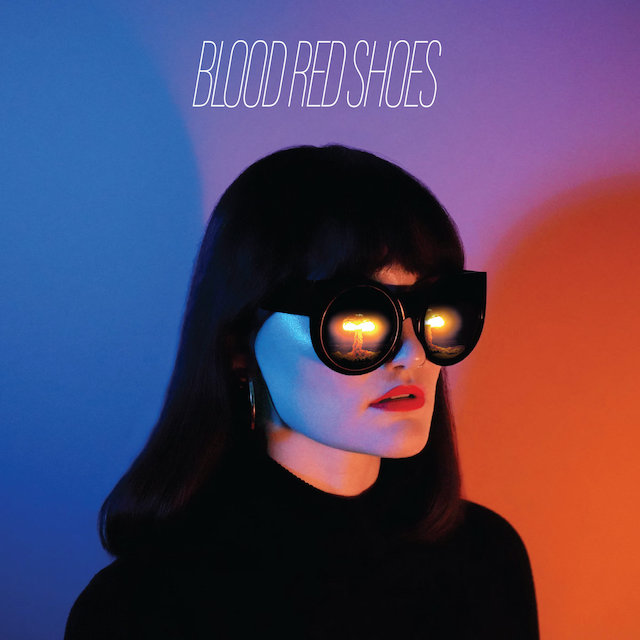