Fiddlehead - Between The Richness'

Fiddlehead are a band that came about by accident several years ago when singer Pat Flynn and his then-roommate, guitarist Alex Dow, decided to work on some songs and joined up with guitarist Alex Henery following the break-up of his band, The Basement. Drummer Shawn Costa and bassist Casey Nealon make up the current line-up.

The band produced an EP and a later album Springtime And Blind in 2018 creating a post-punk, hardcore sound. I would describe the latest LP Between The Richness as ‘mature EMO’ overlaying that musical genre onto a narrative that is thoughtful and reflective rather than angst-ridden.

The band’s earlier album and this one both explore Flynn’s heart-on-sleeve account of his feelings surrounding his father’s passing, using the lyrics to deal with his own and his mother’s grief; but that’s only part of the narrative on this album. Between the first release and this one Flynn got married and became a father himself so the mature reflections combine an acute juxtaposition between the creation of life and mortality.

The cleverly titled opening track ‘ Grief Motif’ announces a start full of intent both musically and through the spoken intro “I carry your heart with me, I carry it in my heart. I am never without it; anywhere I go, you go”. The opening track melds into ‘The Years’ and ‘Million Times’ which deliver thrashing chords with more grief-stricken lyrics. ‘Eternal You’ is more punk than anthemic with Costa’s drums leading the charge to take us to the spoken part at the end of the track, nicely bookending the opening phase of the album, starkly reflecting on loss and new life.

We can enjoy Bowie-esque guitars and a more languid tempo on ‘Loverman’ before the pounding drums of the single ‘Down University’ where the production provides the feel of a live set. There are shades of Public Image Ltd on ‘Get My Mind Right’ before the searing guitars over female spoken lyric on ‘Life Notice’. Penultimate track ‘Joyboy’ dials down the intensity a few notches before ‘Heart To Heart’ with something of an 80s feel which has Flynn asking lots of questions but still not finding all the answers

Both Flynn’s father and son have the name Richard, so in Flynn’s own words “calling the record Between The Richness, means it’s literally between the two of them - it’s the richness of life and the richness of death. It was important for me to capture that perfectly paradoxical feeling. That was the problem I was trying to solve. I don’t think I solved it, but I definitely feel less stressed out and befuddled by that weird clashing of happiness and sadness.”

Watch the video for 'Million Times' 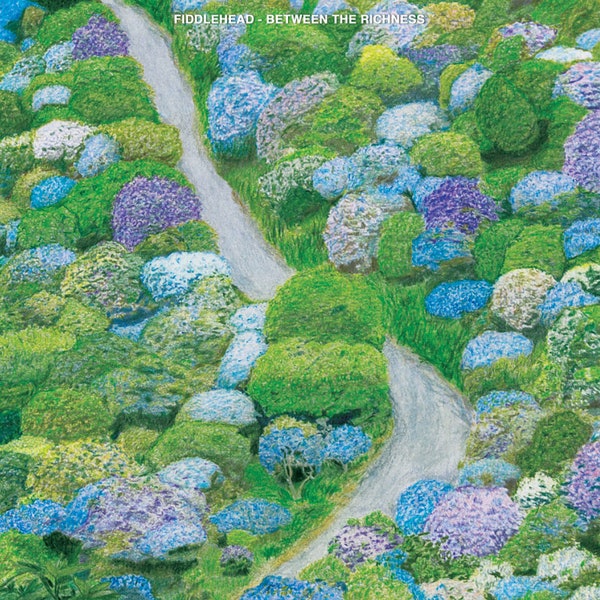