In a week when the press is commenting on the trend towards solo artists dominating the music landscape and the consequent demise of bands, it’s a refreshing tonic to hear an album like Rehearsal from Australian ‘garage punk’ outfit Skegss. The words garage punk intentionally placed in inverted commas here as I’m not certain this label truly applies to (or would be welcomed by) this band, such is their penchant for producing songs across a wide variety of styles all with witty lyrical content and unfailingly packing a punch at every turn.

Skegss provide a relevant and inspiring contemporary sound, melded with a 60s/70s feel, so no surprise to learn they recorded the album using vintage gear from that era. Sharp attention has been given to the running order. From the guitars and bouncy pop of opening tracks Down To Ride, Valhalla and Fantasising the band give us the slow paced and thoughtful lyric on Running From Nothing before lambasting us with Bush TV, a song to which I’m happy to accord a garage punk label .

Picturesque Moment sees the introduction of harmonica over a song with a Saw Doctors feel. And the Irish sonic connection doesn’t stop there; some of the tunes on this album would not be out of place in a Fontaines DC catalogue.

Happy to demonstrate they’re ‘festival ready’ Under the Thunder is an anthemic tune with a Rolling Stones heartbeat. Next up, the intro to Sip Of Wine wouldn’t be out of place in a western movie (think Berlin Got Blurry by Parquet Courts). And there’s plenty more New York influence in Curse My Happiness and Fade Away where you almost expect to see the sleeve notes announcing ‘guest vocal Julian Casablancas’.

Album closer Lucky is an acoustic ditty which has Ben Reed (vocalist/guitars) telling us “You’re more than my mate, you’re more than my soul” which feels like a statement of how close this band are, giving them the platform to make music which is simply great fun.

Rehearsal is a landmark album for this band. While working at a brewery, Reed sought advice from a colleague on his concerns about losing his job due to spontaneously taking time off from work to play gigs. “Do it – this is no rehearsal” was the response – precisely what Reed needed to hear and epitomises Skeggs go-for-it attitude reflected in this wonderful album

Skegss ‘ Rehearsal’ is out now via Loma Vista Recordings 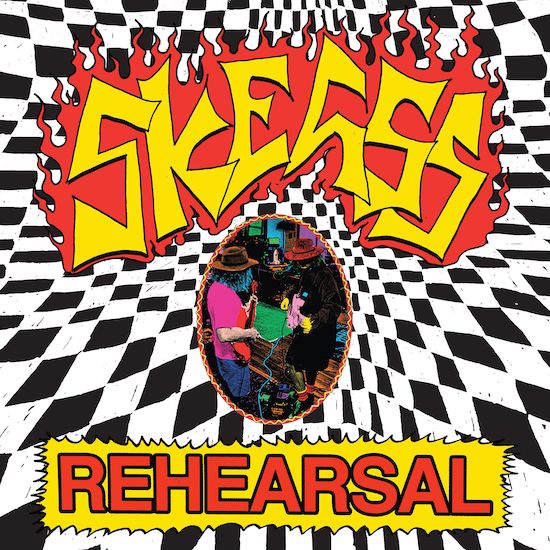