Press play on opening track 'Goodtimes', and you're met by a synth line that melts into shimmering guitars, before first line on the album states "I just wanna have a good time, I don't wanna waste my whole life"............we all echo that thought guys, and listening to this album on repeat helps with that.

'Fantasy Country' is the second album from Flyying Colours in their 10 year existence, and its a ripper as I assume they would describe it in their native Australia. Flyying Colours are on the Club AC30 independent label, home also to Pinkshinyultrablast and Ringo Deathstarr which perhaps gives a clue as to the noise they make.

Fantasy Country is an album that would have been equally at home released in the 1990's as now. Timeless, but still contemporary this is very much a shoegaze album, but with pop sensibilities and lyrics more prominent than the usual shoegaze fare.

Vocals are shared by founders and school friends Brodie J Brummer and Gemma O'Connor (Melanie Barbaro & Andy Lloyd-Russell complete the 4 piece), and the vocal delivery is often repetitive and restrained, much loved by shoegaze fans.

The 8 track album is only a 31 minute affair, but somehow feels double that, in a good way, whilst craving more once it's over. Sure, there are lots of influences on this album ; maybe the Cure on 'OK', Stereolab on the superbly hypnotic track 'White Knuckles', and even some Tame Impala in there, but to me it recalls most closely The Pains Of Being Pure At Heart.

I love this album. I love the sound they make, I love the chugging hypnotism, I love the driving, repeating melodies, and it's making me crave live music more than ever. Not much more I would want from a band to be honest. 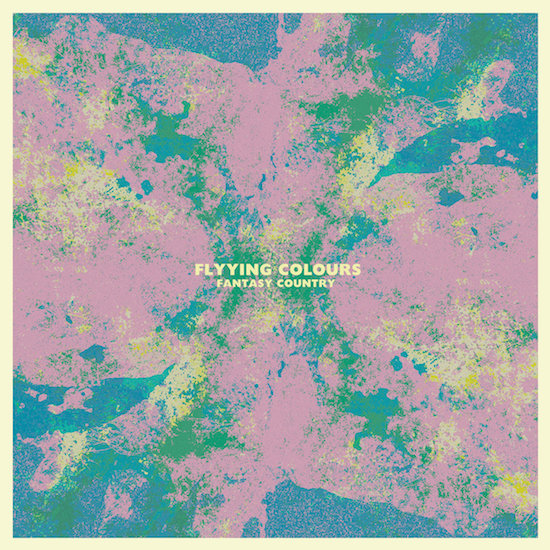