Grieving the recent loss of his son, the wonderful Justin Townes Earle from an accidental drug overdose (J.T from the album title), Steve Earle assembles the Dukes and covers 10 of Earle Jr's songs by way of a tribute.

Whilst both Earle's have a world weariness to their work, Steve has always had the more upbeat and fully formed delivery, and so it is with J.T.

Kicking off with the square dance worthy I Don't Care, it's instantly clear this is not to be a downbeat, difficult listen.

Earle's gravelly delivery throughout is perfectly counterpointed by fiddle, pedal steel and acoustic guitar from the Dukes, none more so than on the gorgeous Turn Out My Lights.

Last, and 10th track of Justin's is the sing along Harlem River Blues, which is just crying out for a barn to dance in somewhere.

And speaking of crying, we come to track eleven, which is Steve's only composition on the album. Whilst we understand that their relationship was sometimes strained, and Justin has previously spoken about Steve as being an absent father, we find out from the lyrics of Last Words, that the last time they spoke on the phone they signed of by expressing their love for each other.

Heartbreaking to have lost a son at just 38, but J.T. is a beautiful way to pay tribute to him. 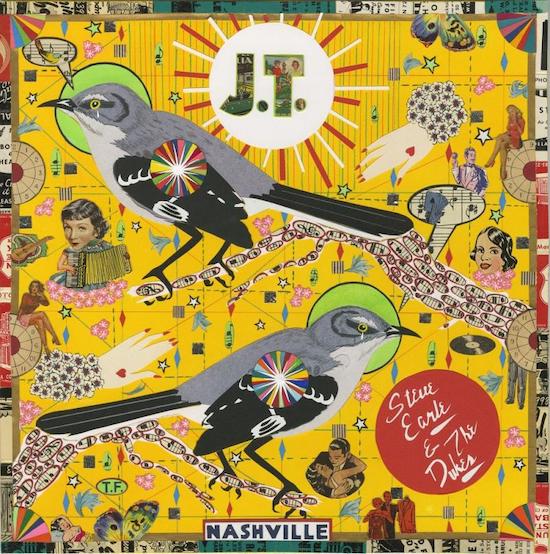