The return of the Jayhawks with another fine slice of Americana features writing and lead vocal contributions from all four members of the band on their new album ‘XOXO.

“This album feels like a new lease on life for us,” explains Gary Louris. “I don’t know what the future holds, but this band is full of great songwriters who deserve to be heard, and my only regret is that we didn’t do something like this sooner.”

Opening song ‘Forgotten Town’ is classic Jayhawks with soaring harmonies. Hard to believe this band have been around in one shape or anther for 30 years now.

The band first emerged from Minneapolis in the mid-1980’s, though their commercial and critical breakthrough didn’t arrive until the release of their 1992 masterpiece, Hollywood Town Hall.

Following an extended hiatus in the mid-2000’s, Louris and his long-time bandmates—bassist Marc Perlman, drummer Tim O’Reagan, and keyboardist Karen Grotberg—returned to the studio, most recently releasing Paging Mr. Proust and Back Roads and Abandoned Motels in 2016 and 2018, respectively.

“Touring those records the last few years, I never felt like I was getting to hear enough of Karen or Tim singing lead vocals,” says Louris. “I know they write great songs, as does Marc, who’s co-written plenty of Jayhawks songs over the years, so I decided to widen the circle and let go of a little bit of control.”

XOXO is an album of many variations where the songwriting, musicianship and yes those harmonies and all of the highest quality.

After three guitar led openings, we drift into the gentle piano based ‘Ruby’ followed by a dreamy ‘Homecoming’. The whole album is a real adventure and a truly collective effort that has come up trumps, with some sunshine in dark times. 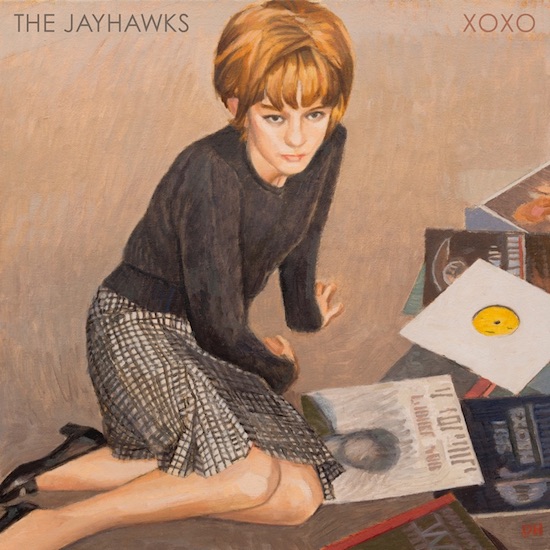