In Iranian mythology the simurg is a giant bird which has the ability to bestow fertility upon the Earth by purifying the land and water which is sometimes equated with the rebirthing ability of the phoenix. In this spirit of rebirth and renewal the seemingly remote Compro Oro, Murat Ertel and Esma Ertel have collaborated to produce this unique album.

The two groups of musicians met at Istanbul Express in 2016. Compro Oro are a five piece Belgian psychedelic jazz collective based in Ghent. Murat Ertel is the co-founder of BaBa ZuLa the Turkish psychedelic pioneers noted for their combination of Turkish instruments, electronica and dub based in Istanbul so it's no surprise that Simurg features both European and Asiatic musical influences reflecting the geography of that city.

Compro Oro frontman Wim Segers said that the dozen largely instrumental tracks were “...entirely based on improvisation” through this improvisation we find jazz, electronics, eastern musical influences all wrapped around each other with an overriding feel of psychedelia. 'Murmur' combines the jazzy feel with some interesting half-whispered vocals, which become the main part of the next track 'Valley of Gossip'. 'Valley of Ignorance' has swooping, crashing noises weaving through the jazzy backing track, and there's a proggy feel to 'Valley of Extinction'.

A dub-influence accompanies the Turkish vocals on 'Valley of Disbelief' and 'Valley of Ego'.Whilst there are multiple eastern musical influences throughout the album, listeners familiar with the works of (Thee) Oh Sees, The Flaming Lips or Mogwai will find passages or feelings to which they can relate.

Simurg is an album that will expand your musical horizons but is not too alien to be totally unfamiliar or uncomfortable to Western music dominated ears. If you're ready for the musical challenge this is an interesting place to start. 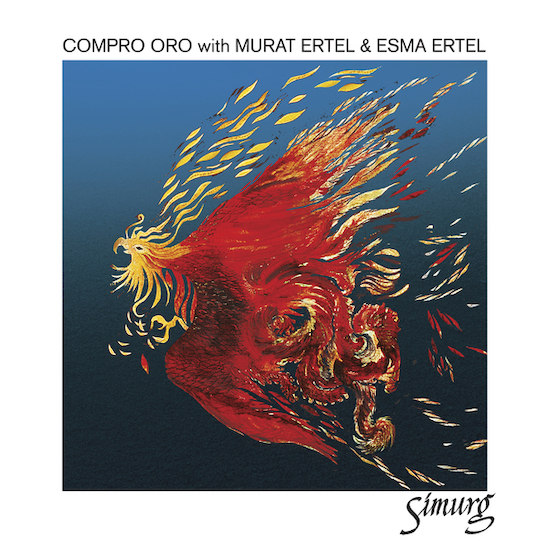