Whilst 'The Canoe' is Carrie Tree’s third album of delicate, acoustic songs, she was a new name to me before the album arrived. She’s based out of Brighton, but has an acknowledged wanderlust, from which she draws inspiration and ideas on which to base her music.

Carrie herself comments on the album : “a lot of the songs have birth, death, water, home and travel as their central themes, so the idea of a canoe felt like a beautiful symbol for that”. She continues "that the joy of having everything you need in the moment of being in a canoe, and essentially simplifying life, was an inspiration for the album".

The music is allowed to breathe on all the tracks here, allowing the clarity of her voice to come through, although this is not just one woman and a guitar music. It true folk music style, the list of musicians on the album is long, playing instruments I’ve never heard of.....ronroco, ngoni or jarana anyone ?

It’s lush and spare at the same time – think 'All About Eve' in style and you won’t go far wrong, although with more folk stylings. A lovely listen if you can make time for it. Listen with a cup of tea, or on headphones sitting in the garden to make the best of it. 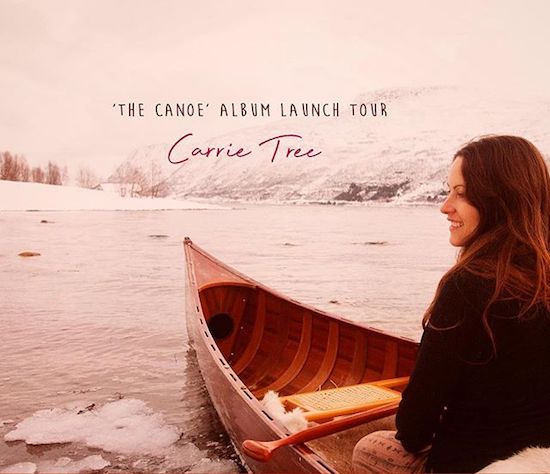