Ed Harcourt - Beyond the End

Released on Wear Your Band T-shirt To Work Day, I happened to be rummaging through my T-shirts and came across the “Pleased To Meet You...... Ed Harcourt” shirt from 12 years ago.

Ed’s career over the last 15 years has most definitely not been linear. Beyond his seven album releases and various EP’s he’s busied himself the last 5 years with film scores, collaborations with Sophie Ellis-Bextor and Marianne Faithfull, not to mention being the soundtrack to Burberry’s 2014 Christmas.

‘Beyond the End’ sees yet another angle to Ed’s musical persona..... neo classical in Nils Frahn mode. Twelve tracks wholly instrumental with Ed on piano and accompaniment from Gita (Mrs H) on strings.

This is melancholia in spades. The two middle tracks are ‘For My Father’ and ‘For My Mother’, the former providing a touch of gaiety through the glockenspiel, the latter being a more stoic melody.

Opening track ‘Diving Bell’ and ‘Beyond The Brine’ wouldn’t be out of place on Low Anthem’s 2018 offering ‘Salt Doll Went To Measure The Depths Of the Sea...’ both through the song titles and the doom-laden feel. Closing song must surely qualify for best song title Of the year ‘Whiskey Held My Sleep To Ransom’

For those that seek Ed’s delicious and sometimes quirky singer songwriter material there is scope for disappointment here. This record suits better those of us brought along on the prog rock age where many keyboard-based bands leant heavily on classical themes. OK this isn’t ‘Keith Emerson’s Piano Concerto No 1’ but it will certainly appeal to lovers of the classical muse.

Is this the new Ed Harcourt ? Pleased to meet you. 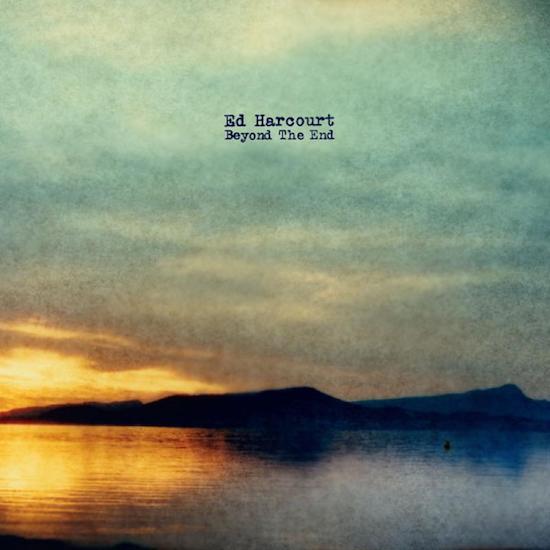