Throughout a lengthy and creative career of collaborations and as an original member of The New Pornographers 'Hell-On' is Neko Case's 6th solo album following 2013's 'The Worse Things Get, The Harder I Fight, The Harder I Fight, The More I Love You'. 'Hell-On' was recorded and mixed in a variety of locations and was co-produced by Neko and Bjorn Yttling of those Swedish 'Young Folks' Peter Bjorn and John.

It was whilst in Sweden that Neko learnt about the fire which had engulfed her Vermont farmhouse. It's presumably photos of the remnants from the fire which appear inside the album artwork and inspired the striking image of the front cover of Neko wearing a cigarette wig and her left shoulder aflame.

During Hell-On Neko isn't adverse to a calling on her previous alliances or fellow New Pornographers to add their parts, however it's Neko's voice which consistently rings clear, cuts like crystal and flies and soars throughout these dozen tracks.

The title track's verses slow waltz and simple accompaniment showcases her vocal perfectly but contrasts with the contents of her lyrics “My voice a straight garrotting wire...My voice is a fracture Of a shinbone's lust...marrow spilling. Not yours but mine”.There's a more up-tempo pop feel to 'Last Lion of Albion' featuring backing vocals from K.D.Lang one of Neko's collaborators on 2016 superb case/lang/veirs album.

The upbeat feel continues into 'Bad Luck' “Woke a dog from a running dream ... Ate a black fly in the cream ...Chipped my tooth on an engagement ring/And that's bad luck”, which was written before the fire, Neko apparently liking the energy of the backing vocals as a counterpoint to her lead.

There's another great vocal combination on 'Sleep All Summer' a duet with the Neil Diamond style vocals of Eric Bachmann who has been a member of Neko's touring band. The New Pornographers band mates are in full force in the backing vocals on 'Gumball Blue'; Kathryn Calder, Joe Seiders and Carl Newman who co-wrote with Neko all feature.

'Curse of the I-5 Corridor' stretches out across seven minutes of another vocal duet this time with Mark Lanegan “Baby I'm afraid, but it's not your fault. Maybe I should go home alone tonight” the track builds and changes as the two vocalists sing about their journey along the west coast highway.

Laura Veirs co-wrote the most guitar heavy track (five credited guitarists in the sleeve notes) 'Oracle of The Maritimes' during which Neko's vocals really soar. The guitars and the cello creating the most intense track here “There's no way I could tell you/How much I could love you/'Cause I've never been so scared of anything.” sings Neko as you feel the intensity and tension rising.

An album of diverse styles and multi-collaborations could grate and disrupt the flow of the album, but actually work together to produce one of the most consistently high quality albums of this year. 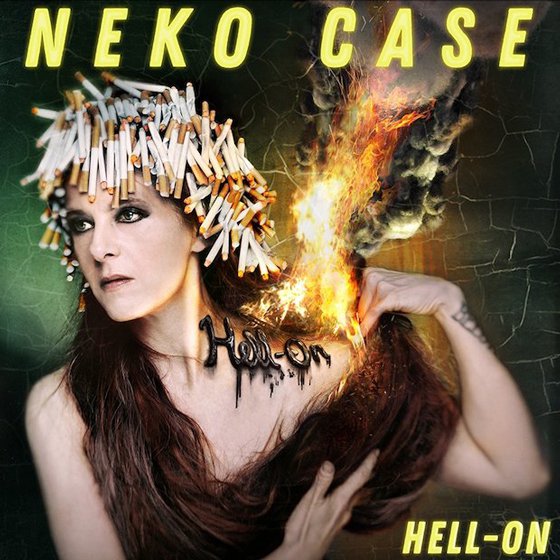