'Horizons 'is the Danish/Swedish collective known as Black Light White Light’s 3rd album, created as they admit, slowly, deep underground in a studio in Copenhagen. The genesis of the album started back in 2015, since when they were looking for another angle into their music which they achieved with new drummer Viktor Hober, and the liberal use of pulsing keyboards.

Glorious fuzziness and swirling psychedelia welcome in the 11 track album with the bustling King Kong, which bounces along a tight bass-line and a multilayered wall of sound. Next up is Teenage Dream which continues the theme - vocals buried somewhere deep in the mix, with thudding bass and drums, providing a framework for the swirling keyboards producing a classic mid 60’s soundscape.

California Dream is when we hear the first acoustic guitar/mandolin and is a welcome counterpoint to the first 2 tracks, again sending us back in time, this time to the 70’s prog scene.

Danish born singer, songwriter and guitarist Martin Ejlertsen cites movies as one of his main influences whilst composing his music, and specifically the films of David Lynch and Nicholas Winding Refn. Slow burning track The Fools is a case in point, where this could have soundtracked a slightly uneasy, odd scene from a Lynch film, making the listener uncomfortable yet unable to take their eyes off the screen at the same time.

Pop song highlight of the album is Tu connais l’amour ; a jaunty, bounce-along not only sung in French, but by a female vocalist and not dissimilar to something you may have come across on an Air album.

Title track Horizons has Ejlertsen back on dreamy vocals, with both acoustic and wah wah pedal electric for company. Another bouncy slice of psychedelic pop loveliness. Finally, the album is rounded off with the lovely, perfect instrumental of Solstice.

Horizons is a really interesting album - multilayered, dreamy, poppy, and definitely rewards several listens. Think The Radio Dept., The Velvets and MBV as markers, but BLWL also carve out their own niche. Be great to see this performed live. 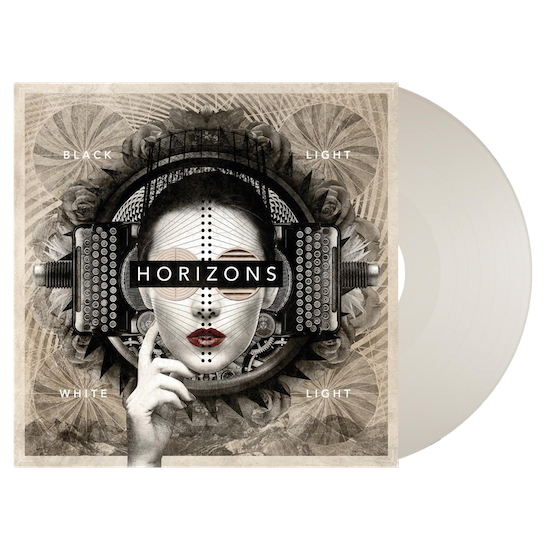