Darling West – 'While I Was Asleep'

I remember a discussion on a Springsteen fan forum alleging that Bruce is more popular in Norway than anywhere else in the world – as evidenced by concert ticket sales and the number of households that own a copy of 'The Seeger Sessions'. The point was made that the smalltown America that Bruce sings about has many similarities with isolated towns in Norway – far away from anywhere. Very pretty, for sure, but also a place that adventurous souls may long to escape from.

It is not just the Boss who has struck a chord with the Norwegians. Country is popular too up North and Darling West are a successful homegrown Nordicana act. Their album 'Vinyl And A Heartache' won the Spellemannprisen (Norwegian Grammy) for best country album in 2016 and they have now released 'While I Was Asleep', their third long player, which they worked on both in Brooklyn, New York and in the Ål Mountains in Norway.

The band consists of Mari Sandvær Kreken, Tor Egil Kreken and Kjetil Steensnæs. Mari's voice immediately brings Alison Krauss to mind. At its best Darling West have this haunting country vibe that we know from Alison. However, they also seem to want to keep the charts and the radio within their reach and at other times they can sound more like the Corrs.

It starts off strong. Opener 'After My Time' is about accepting mortality, the lyrics perhaps a little at odds with the uplifting melody and rollicking banjo and harmonica instrumentation. Track two 'Rolling On' is the highlight of the album in my view: Open-ended musings on the meaning and direction of life, sung by a narrator who keeps moving on. The sound here is mysterious and sparse.

Another highlight is 'Ballad Of An Outlaw', a story song about Eivind Fredlaus, an 18th century Norwegian outlaw. He killed someone (“Seeing a wrong that I wanted to right”) and spent twenty years in the mountains, hiding but at the same time roaming free. Eventually he gets found and shot. He concludes that he will not grow old, but that he will find rest once buried. Another song that gets the balance right as regards the arrangements. 'Traveller' and 'How I Wish' are good too.

On the other end of the spectrum there are some songs that are overly radio-friendly – the title track, the saccharine 'Loneliness' and in particular 'Don't I Know You', which is definitely more Ace Of Base than First Aid Kit.

Darling West's strength is the country rather than the pop material. There is some excellent electric guitar on here and some pleasant banjo-picking and pedal steel playing. I wish that the band would stay away from the middle of the road altogether. I am guessing that they are more true country and less pop in the live setting.

In 2016 Darling West supported the fabulous Sam Outlaw (real name!) in Scandinavia. This clip has them together on stage in Oslo, performing a lovely version of Ryan Adams' 'Oh My Sweet Carolina':

The band will be on tour throughout April in Norway and Germany. Details on their website. 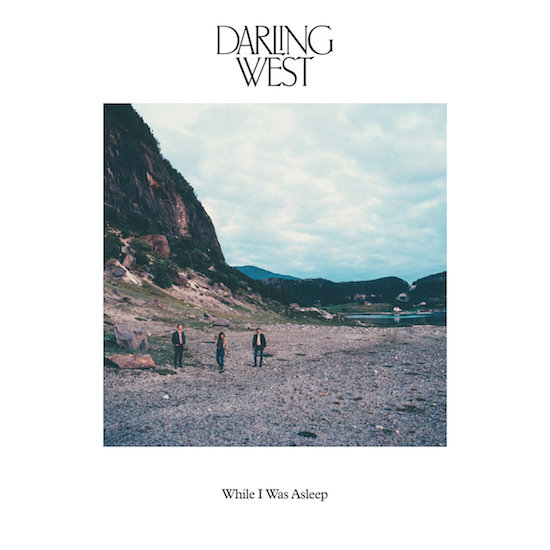